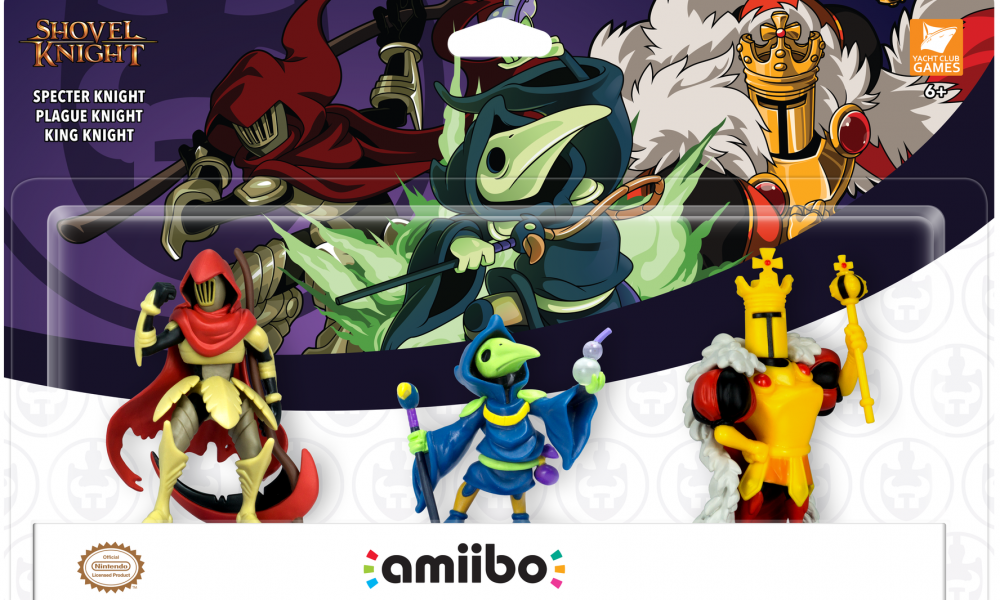 As if I didn’t spend enough money on amiibo (curse you Player 2 Corrin and your Amazon exclusivity), Nintendo and Yacht Club Games have announced the latest wave of Shovel Knight amiibo. This time, three of the villainous — and playable — members of The Order of No Quarter will made available: Plague Knight, Specter Knight, and King Knight.

So, yea, the announcement trailer is weird, but it gives plenty of information on the functionality of these three amiibo. But, those of you who can’t stand the narrator’s comically sultry voice can also find this information in Yacht Club Games’ online article. As with the first Shovel Knight amiibo, the three dastardly statuettes will only function with the Nintendo Switch, 3DS, and Wii U versions of Shovel Knight. Each Order of No Quarter amiibo unlocks unique (cosmetic) armor for their respective knights, new challenge stages that…ahem…challenge players’ mastery of various knightly skills, and cute little helper fairies — well, if you can call a ghastly little imp wielding a big ass scythe cute. Oh, and as for why King Knight is in this pack, it’s simple: to hype the final Shovel Knight DLC pack that features the unscrupulous and arrogant knave. 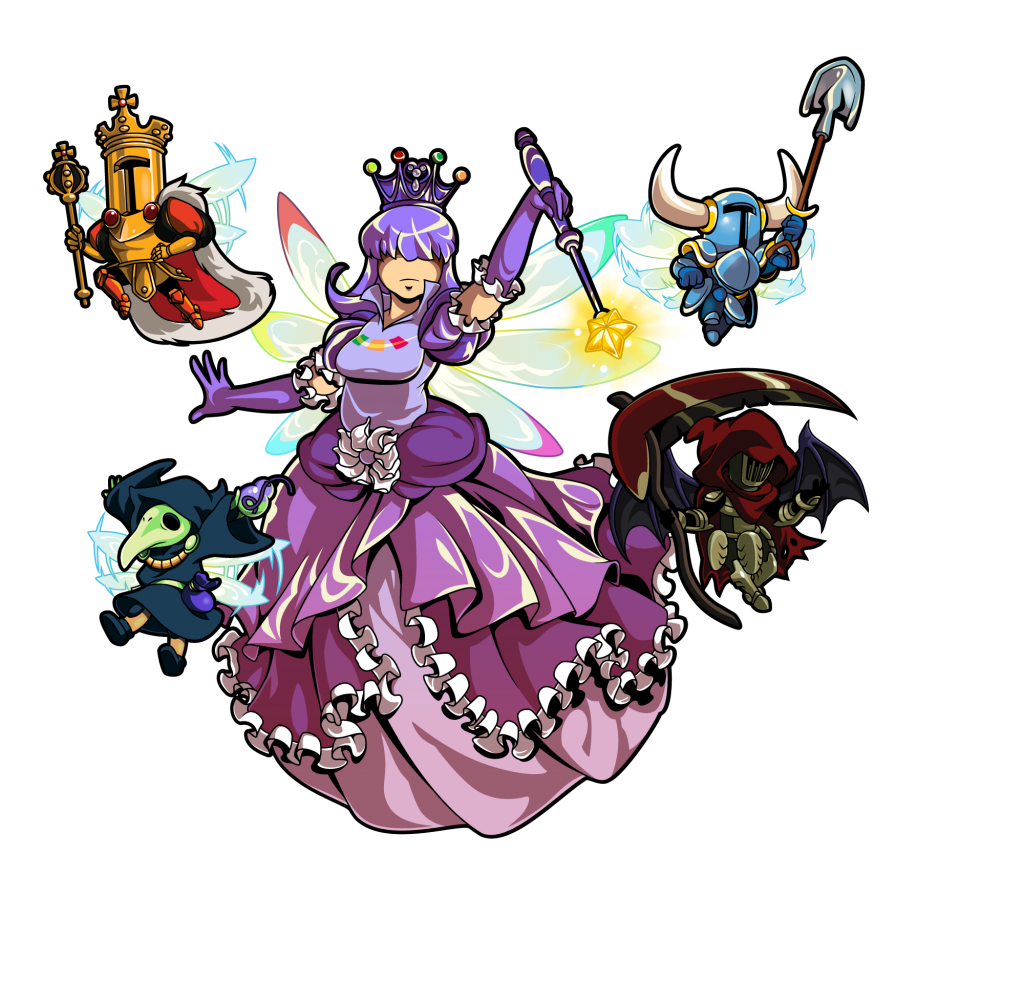 Why am I making such a big deal out of the production of these new Shovel Knight amiibo? Well, first, we need to examine what makes amiibo such a big deal. Toys-to-life have become rather popular thanks to a small but impressive collection of games. Skylanders might have popularized the concept of toys-to-life, but Nintendo almost perfected it with its line of Super Smash Bros. amiibo, because unlike Skylanders, Lego Dimensions, and Disney Infinity’s (RIP) toys-to-life figures, amiibo usually have functionality outside their respective games. However, that brings us back to the question of why Shovel Knight amiibo are important, especially since they only have functionality within Shovel Knight. Because, Shovel Knight is the only third-party, non-Nintendo game to receive amiibo and amiibo support. Sure, non-Nintendo characters such as Mega Man, Pac-Man, Sonic, Cloud, and Bayonetta have their own amiibo, but these characters appear in the first-party Nintendo free-for-all known as Super Smash Bros. and their amiibo are designed primarily to function with that game. Shovel Knight is not a first-party Nintendo game but instead an indie game available on every modern console and PC. That’s why these three new amiibo are so important: because they buck Nintendo’s trend of making amiibo for first-party games. If these new Shovel Knight amiibo prove popular, perhaps we can expect more third-party character amiibo. Or is Nintendo only making an exception for Shovel Knight since it’s a celebration of the classic 8-bit platformers that made the Nintendo’s NES console famous?

While we do not know when these amiibo will be released (the trailer only states “coming soon”), I’m already hyped, and I want them.