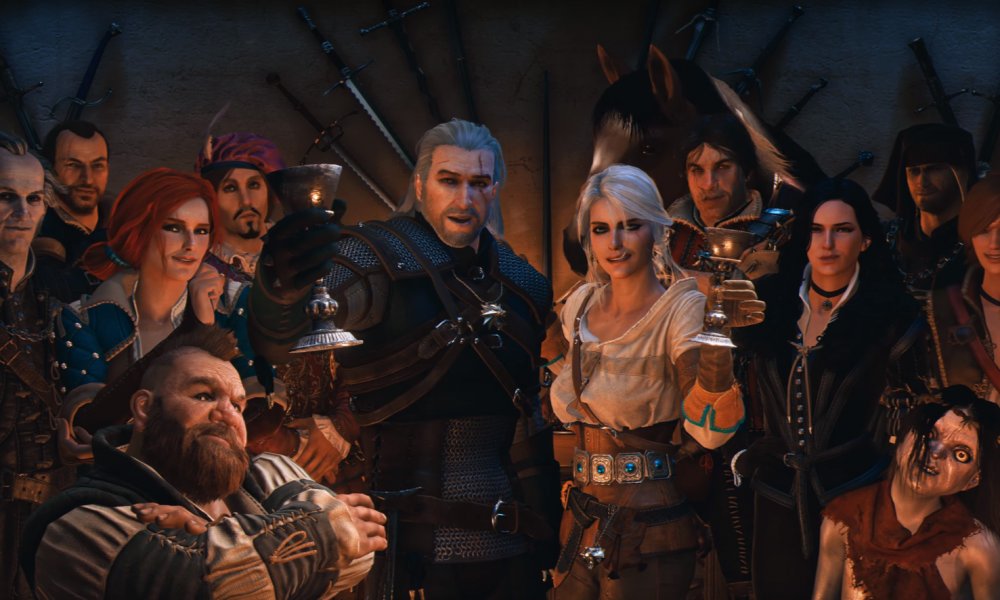 The original Witcher game released on October 26th, 2007. To celebrate the rapidly approaching anniversary of the much loved series, developers, CD Projekt Red have released a short video thanking players for a decade of support.

It’s a lovely video with a lot of familiar faces crammed into the Corvo Bianco vineyard in Toussaint, which was the backdrop of the Witcher: Blood & Wine expansion.

Starting with the arrival of Ciri, we see her joining a bunch of well-known characters that are assembled to celebrate Geralt’s birthday. From Triss and Yennefer chatting to Zoltan playing Gwent with Dandelion, everyone is present and having a whale of a time.

The main man himself narrates the whole video, with Geralt initially seeming to be lamenting the time he’s spent away from Ciri before turning to the camera and addressing the viewer.

“Thanks for everything,” he says, “and know, we all miss you, old friend”. It’s all very emotional. The video is a nice touch to mark an important date in the Witcher calendar and the inclusion of so many fan favorite characters is great. Somehow, even Roach manages to sneak into the group shot at the end so CDPR really has thought of everyone.

Whether this is just a nice video for the fans or a hint at something larger that might be appearing nearer the actual anniversary date remains to be seen. We imagine a trilogy bundle (similar to what is currently on Steam) with all DLC would go down a storm.

If you’re still itching for more Witcher action, the upcoming card game Gwent is looking to be more than just a Hearthstone clone. With a full campaign that apparently clocks in at around 15 hours, there’s plenty more Witcher goodness to be had. You can read our first impressions of the Gwent Beta.