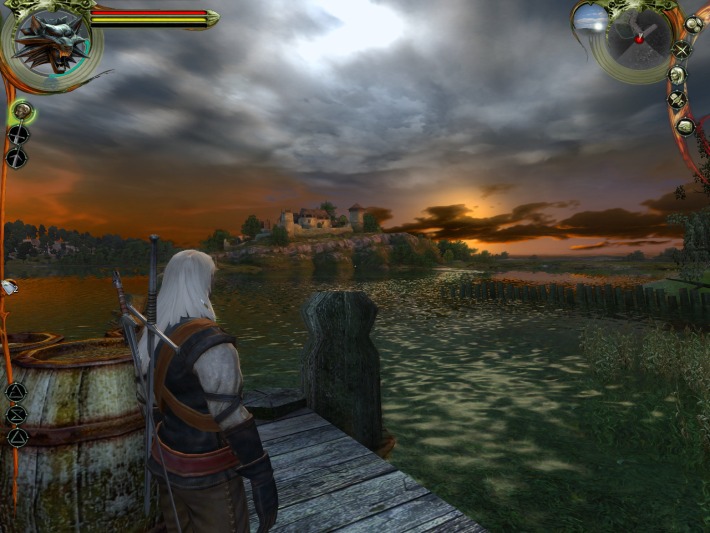 On October 26, The Witcher video game franchise will turn 10 years old. That’s quite the accomplishment, especially given the cultural impact of the series. The Polish Prime Minister gave a copy of The Witcher 2: Assassins of Kings to President Obama as a gift; Netflix will soon release a series based on the original Witcher books (which has seen a resurgence of popularity thanks to the games), and video game critics often cite The Witcher 3: Wild Hunt as a shining example of how to create DLC. While CD Projekt RED already posted a heartfelt thank you video to celebrate the 10th anniversary, YouTube channel arhn.eu has created something even better: a documentary on the making of the first The Witcher video game. The video is in Polish, but audiences can turn on English subtitles.

This massive, two-hour video presents the complicated production of the first The Witcher game. Well, the first two games, as the actual first one was produced by the studio Metropolis and never made it past early development stages. According to the documentary, this version, had it been completed, would have used static, isometric camera angles, not unlike the first several Resident Evil games, turn-based combat similar to Final Fantasy, and character models made on an Amiga 1200. The documentary also provides a special look at an early demo of the CD Porjekt RED version of the game before the protagonist of all the Witcher books, Geralt of Rivia, was the main character of the game.

The documentary isn’t all concept art and demo/beta versions of The Witcher; it also provides a look into the difficulties of making the game. For example, parts of the original script had to be rewritten when the developers turned Geralt into the game’s protagonist. More importantly, the video demonstrates the mindset of the developers, how they balanced adapting The Witcher books (down to the most minute details) with changing certain aspects of Witcher lore to make a good video game. In the documentary, the books and game are compared to the original novel The Shining and its sequential movie; both are compelling, but they are compelling for different reasons, as they are made differently.

I could go on all day about the documentary, but honestly my summaries do it a disservice. Anyone who considers him or herself a Witcher fan needs to watch this video.