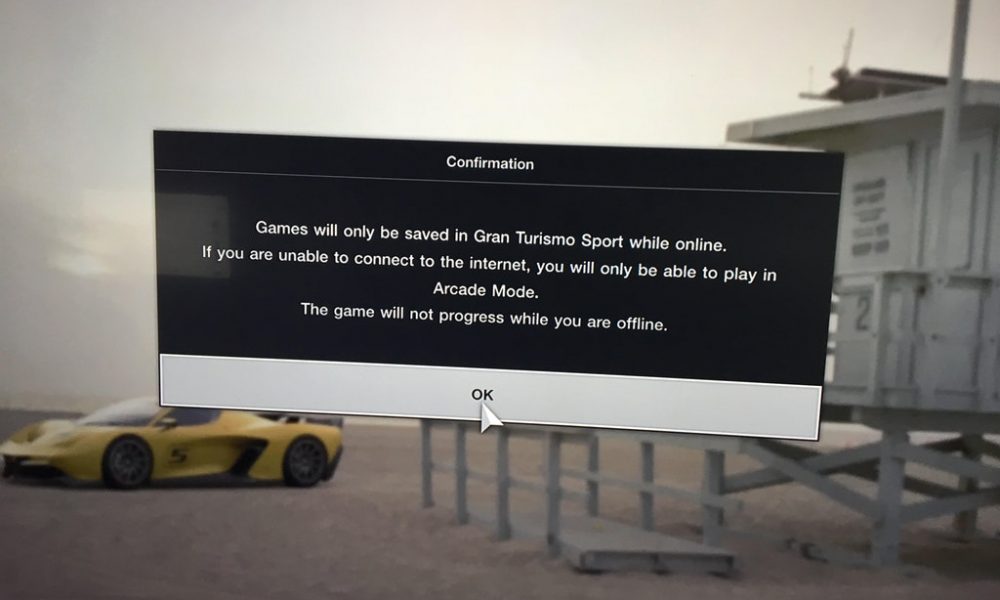 Gran Turismo: Sport’s hype train was quite impressive for a sports title like this. However, there was a little bit of uncertainty because of the always online requirement in the game. Games like Overwatch are known for having server and connection issues very frequently. And sadly, Gran Turismo: Sport suffers from the same issues despite how good the game is.

Sad but true, Gran Turismo: Sport has received many negative criticisms towards their online mode. Just a few days after launch and the game already encountered multiple server downtimes, both scheduled and unscheduled. The major issue comes when you realize that this problem affects both single and multiplayer experiences.

See, Gran Turismo: Sport doesn’t have a single-player Story mode. But it does have a campaign mode that allows players to collect rewards by completing tutorials and challenges. However, due to the Always-Online requirement of the game, Single Player progression is hindered when the game is offline.

Once again, Gran Turismo: Sport isn’t the first to do something like this. But the major problem exists when the servers go down and players can’t enjoy the game they were hyped about. Players on Reddit are reporting that connectivity is notoriously finicky and that brief disconnects can occur mid-race.

This mid-race disconnects can happen in both Single Player and Multiplayer as well. Which can be a very damaging deal breaker for many people who wouldn’t hesitate to ask for a refund. At this point, this is a very questionable state for Gran Turismo: Sport. Especially considering this doesn’t happen to other games that have the always online requirement this frequently.

Yes, the alternative is to play Arcade Mode. But many players will want to progress with their racing careers and unlock cars for multiplayer. It’s kind of sad because otherwise, Gran Turismo: Sport is an excellent game.