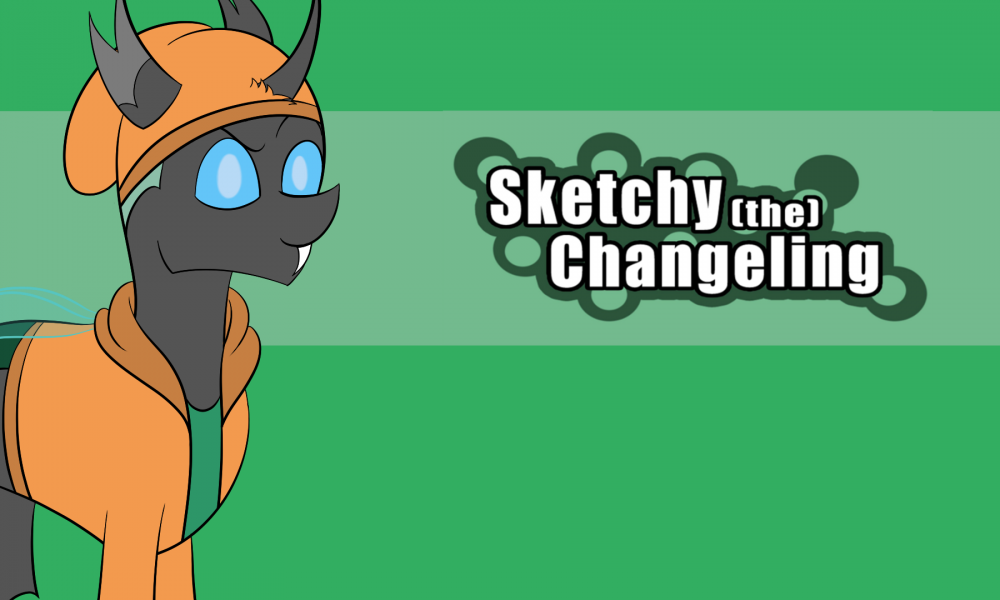 Sketchy the changeling’s description in a few words is “Smart, tactful and professional”. I am not exactly a follower of his, all things considered. But I always talk with people like LittleshyFiM with an open mind, you’ll never know what interesting insights you might get in a conversation.

When I met up with Sketchy, he was in the middle of a hiatus, which he covered in length in this video. He was interested into the questions I had about him and his insight was very balanced and unbiased. He seems to be a cool guy to hang around with and I certainly hope that his channel sees more success.

Our conversation is pretty interesting for those who love to take a deeper look at the Brony Analysis community. So, let’s talk about what Sketchy told me about how he does his job and what he thinks.

“I’m not tied to a community, I’m an individual”.

I should start things off by saying that Sketchy is a very down to earth person. I have never seen someone so calm and collected while answering the questions I had for him. However, there was one point where I talked about the analysis community and he made this remark:

“As much as I enjoy being a part of this community, I am also a Creator in my own right. I can’t speak for anyone else, but for me, sometimes it gets disheartening whenever my work has to be tied back to the community rather than who I am as an individual.”

This is one of the biggest takeaways I have gotten from Sketchy, and one that I actually agree with the most. I have been associated with other peers in Gaming Journalism in recent incidents (In fact, I got a death threat for said association). And I dislike to be tied with the same people who commit amateur mistakes on their work.

It’s better to be judged as an individual, rather than be judged as someone who is part of a group. So then, who is Sketchy and what does he do as a content creator? When I asked him about this, he answered with the following:

“To put it simply, I’m both an artist and YouTuber. My artwork usually centers around Furry, MLP, and Pokémon-related works, while my YouTube videos focus on reviews and analysis of cartoons.”

The Job of a Changeling Creator.

Sketchy talked at length about what his job entailed. Starting with one of the most important factors, his priorities. I haven’t seen anyone with such a straightforward way of thinking, it’s incredibly inspiring for other creators, all things considered:

“I like to think that I put a fair amount of effort into both [YouTube and Artwork], but admittedly since my artwork is what makes me money, naturally I put more effort into that so that I can continue to be successful on that front.

Strictly speaking I can’t say that I’m a professional when it comes to the YouTube side since I create content for it whether I get paid or not, but I try to run it as though I am a professional. I keep my viewers updated on schedule changes and special announcements on a monthly basis.”

He also talked about considering a professional in the subject of his artwork. Which is true because it allows him to have an income and to follow commissions on a flexible basis. Sketchy really loves his work but he also knows that he has to do other sort of work outside of YouTube and art. Once again showing his down-to-earth personality through and through. 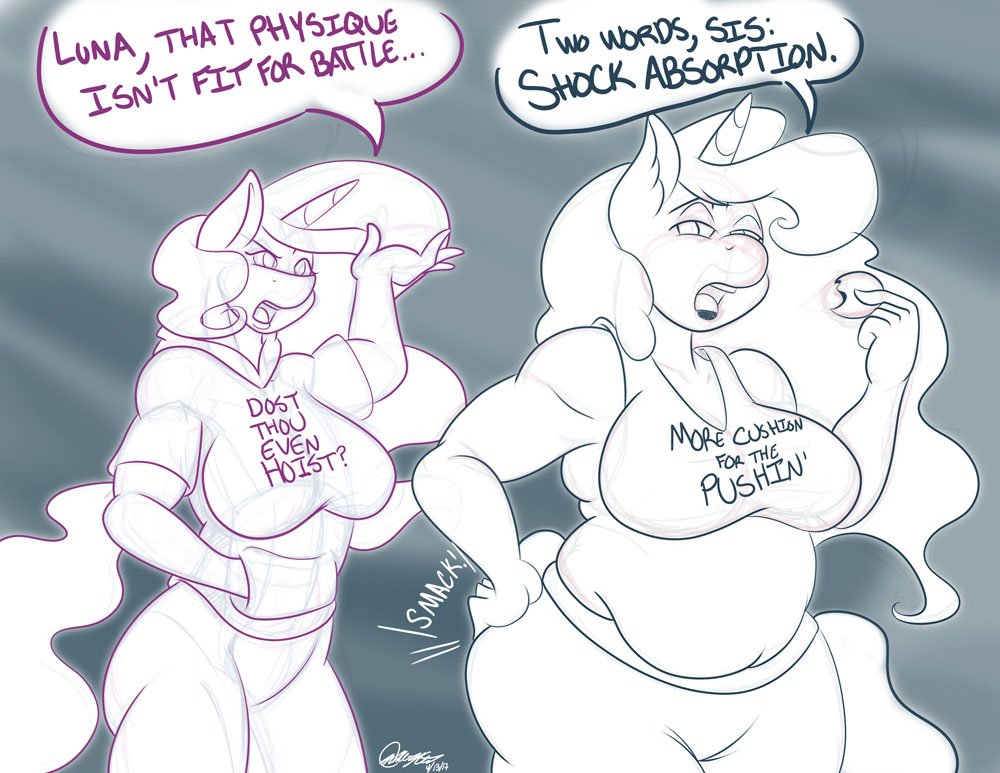 The complexity behind Brony Analysis

Sketchy’s way to look at his job is interesting to say the least. He takes his reviews very seriously but he also wants to entertain his audiences while doing it. How can someone make an opinion strong without alienating the people? Well, Sketchy found his own answer by discussing one topic and then going for a broader topic after that.

“I’ve come to realize that my work tends to be stronger when I focus on the themes of whatever I am covering. For example, I did a video a few months back disproving the fan theory that Twilight Sparkle is on the autism spectrum, and I used that as a jumping-off point to discuss the issue of projecting disorders onto fictional characters and how that can be a problem.”

He also finds himself getting more and more comfortable covering certain specific topics, which is a rather interesting move. When I asked him about what he likes to focus on when reviewing stuff, he told me that:

“I started off with a primary focus in viewing the MLP TV show and comic series, But as time went on I began to branch out in terms of what I cover on my channel. Sometimes I’ll do a video highlighting a certain character on the show, other times I’ll cover topics that relate to the show but aren’t necessarily reviews, and there are times where I talk about other shows entirely, especially during the hiatuses between seasons.”

One thing I found out while doing #MLPMonth is that a lot of people don’t think highly of the Analysis Community as a whole. Some people actively defend them and their job within the fandom while some others believe they are way too negative. While Sketchy retains that he wants to be judged as an individual, he also talked about this:

“There is a stigma against the analysis community from other parts of the fandom. Because this section of the community revolves around criticizing a show that we like, people who watch the show for Pure enjoyment and nothing more sometimes find a problem with that

I can understand why, and their enjoyment of the show is completely valid, but sometimes people outside of the community hold it against us for wanting to look at it on a more critical level”

Considering the fact that entertainers like LittleshyFiM have gotten flack even though they are not part of the analysis community, I agree with that assertion. If we consider that bronies simply don’t like to talk negatively about a show they enjoy. It’s easy to assume there are people who are going to stand against people who look at the show critically and mention its faults.

Heck, this is something I have seen happen multiple times in my line of work. If people can’t take the fact that The Legend of Zelda: Breath of the Wild isn’t a magnum opus. It’s easy to assume there are equally oversensitive people in the brony community.

Conclusion: The Changeling Returns to the Hive.

This is the first part of the two-parter interview with Sketchy the Changeling. He still has a lot to talk about and very interesting words to be spoken in the follow-up to this article.

I must say that I am impressed for the most part, I have never seen a person so eloquent and tactful. His philosophy and way of living are equally consistent and grounded, and that’s something you don’t see in just any analyst.

Be on the lookout for part 2 of this interview, where we’ll look at Sketchy’s opinion of the show, bronies and the analysis community. Not to mention, a very good look at how he does his art and the tools he uses.