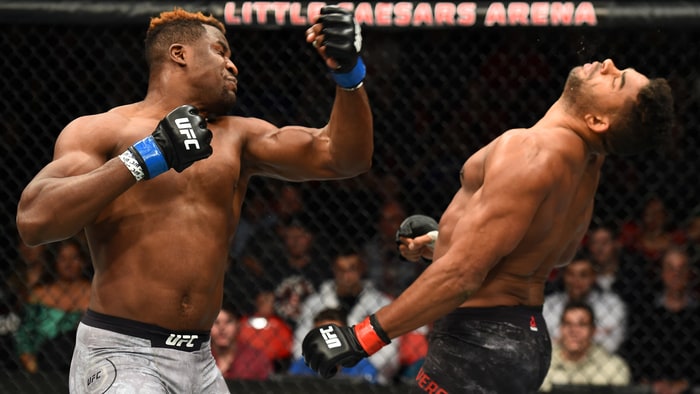 I mentioned that UFC 3 is one of the most dreadful excuses for a video game in recent years. Especially because it includes the same pay to win mechanics as Star Wars: Battlefront II. The worst part being the fact that these are implemented much more aggressively to the point where punching is luck based.

Well, it seems like it has also been used to illegally stream a PPV event of the same sport. The ironic comments just write themselves as a Twitch streamer used UFC 3 as a front to stream UFC 218. This streamer got away with streaming one of the most important MMA Pay-per-view events in the world.

AJ Lester, from the US, streamed the entire UFC 218 broadcast on Saturday night across multiple platforms, including Twitch – with controller in hand. However, a lot of people noticed that while Lester was “Playing” the game and even making commentaries, the graphics looked way too good.

The guy managed to go viral after a Tweet showing the “Gameplay” surfaced. The tweet garnered over 60,000 Retweets and 130,000 likes, the clip that came with the tweet has already been taken down by the UFC officials.

On a follow-up stream with the game Fortnite, Lester made a commentary about his overnight fame. He mentioned that he had to turn his email notifications off because of the number of followers he was getting on Twitter and other platforms.

As for legal repercussions about this? Lester himself has made clear that he hasn’t gotten any authorities rushing to his home. Not only that, but the VOD of the fight was deleted so there’s no way for the stream to be distributed under Lester’s name.

And I guess this is some sort of twisted positive press towards EA’s UFC 3 game. Because I’m sure a lot of people are now talking about the game and will probably buy it to face the micortransactions and Loot Boxes in there.