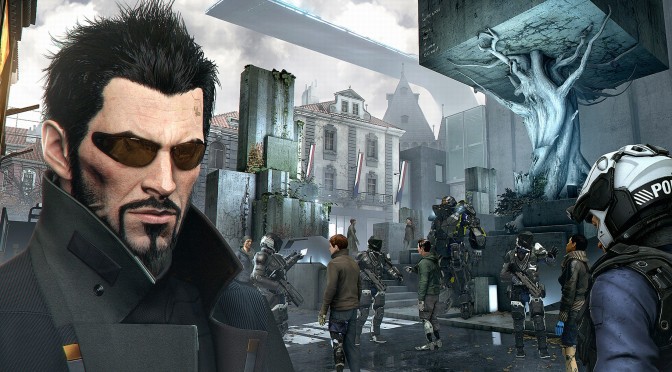 Eidos Montreal stirred up a bit of controversy when they made an announcement regarding their focus. The studio announced a few days ago that they want to focus on Online Gaming and the Games as a Service approach. A lot of people took this as the fact that Single-Player games weren’t going to be developed by Eidos any longer.

Once again, since people love to take the “Games as a Service” concept out of context. They thought that Eidos wasn’t going to keep developing offline single player games. This all came to a close when the CEO of Eidos Montreal talked with one Twitter user about this.

I understand. As creatives we have to try new things to stimulate us; but we can't deny what we've done to build @EidosMontreal

David Anfossi soon talks about how action game fans should stay tuned for the stuff they are preparing for gamers. It seems like Eidos is actually preparing another strong game for the upcoming weeks and we’re close to seeing it happen.

Stay tuned if you like strong action adventure games 😉

This could be the next title in the Tomb Raider franchise that gamers have come to know and love. Shadow of the Tomb Raider is a game that found some leaks a few months ago and the development team handling this is Eidos Montreal.

So, as much as other journalists might lead you to believe. Eidos isn’t going to be leaving Single Player games anytime soon. However, their Games as a Service approach almost mimics that of Square Enix’s when they showed interest on the model a few months ago.

The concept “Games as a Service” has been picking up relevancy nowadays but it isn’t anything new. It’s been a thing ever since the days of the first Online patch. Eidos Montreal’s approach to this system might just mean they want to implement multiplayer modes like they did with the Tomb Raider reboot.

The fact that some studios are leaving Single Player games behind is a problem, however. This should still be a point of discussion because a lot of players still enjoy playing their solo adventures.

Zach RileyJanuary 26, 2023
Read More
Scroll for more
Tap
Capcom Wants Mega Man 11 to be a Franchise Revival
Great One Beast Is a Bloodborne Boss You Never Got to Fight