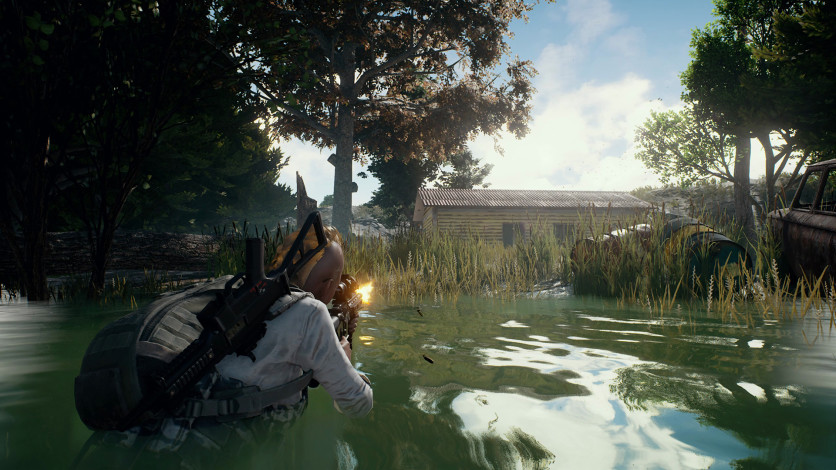 PlayerUnknown’s Battlegrounds is a trending game this year, especially after its official release. However, it’s been plagued with cheaters who have gone out of their way to earn a quick buck. This has been something that has been bothering the people at PUBG Corp. However, they are starting to take drastic measures that are going to make Epic Games blush.

The guys at Tencent have decided to make an alliance with the Chinese Police Force. This is all in an effort to stop any and all players of PlayerUnknown’s Battlegrounds who dare to distribute unauthorized third party software or attempt to cheat in the game.

According to Reddit sources and our favorite game analyst Daniel Ahmad. Tencent made a task force called “Tencent Keeper”. The task force has its HQ located in the city of Jiangyin in China. The results are unquestionable and it shows how effective they are.

The Tencent Keeper Task Force has managed to make quite a number of arrests. A total of 120 illegal cheat distributors and cheaters have been arrested by this group. This occurred back in December 13, where 3 main suspects confessed their crimes.

Bluehole: "How do we stop people cheating in PUBG?"

Tencent: "We have opened an anti cheat task force and worked with the police to arrest 120 individuals who have been selling cheat software for the game illegally" pic.twitter.com/0f50MseQzH

With the assistance of the Tencent Keeper Program Security Team, Wuxi Jiangyin Police successfully arrested and smashed a number of plug-in (cheat) production and sales groups such as “Mochizuki” and “Magic Soldier” on December 13, and all three core criminal suspects Arrested and Confessed on the facts of the crime.

Chinese Criminal Law stipulates that the crime of damaging computer information carries serious consequences. As such, any and all cheaters will be arrested and forced to serve up to 5 years of jail time. This shows that the Chinese Police ain’t fuckin’ around.

So yeah, this is basically done after PlayerUnknown himself told Kotaku that the majority of the game’s cheats come from China. It seems like China really doesn’t look up to the people who make their country look bad. Honestly, I think this is a fitting punishment for people who do this sort of thing to ruin other player’s experience, no matter which game.