Germany is Looking Into a Loot Box Ban 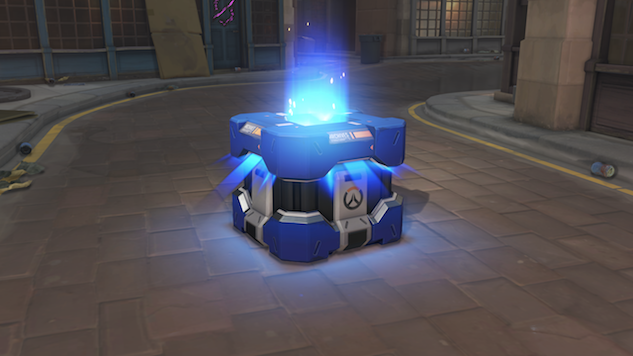 Germany is Looking Into a Loot Box Ban

In case you thought that the discussion regarding Loot Boxes is over. It’s far from it, actually, the debacle has continued and its following by the authorities from other countries is still a huge point of discussion.

Even though organisms like the ESRB believe that these loot boxes aren’t gambling. There are elected officials in several countries such as Belgium and the United States who have looked into legislation against the business model.

Well, according to a report made by the Welt Am Sonntag, Germany’s Commission for Youth Media Protection of the State Media Authorities is currently debating how to deal with the issue. Wolfgang Kreißig, the chairman of the Youth Protection Commission, says that “I think that it’s imaginable that loot boxes violate the ban on gambling for children and minors.”

The German authority is set to reach a decision on the issue in March, during which it could decide to fine game developers and publishers who include loot boxes in their games. In other words, we’ll finally be seeing the first steps towards the end of these unethical business practices.

Not only that, but if the legislation comes through, the authorities will also prohibit game creators from including loot boxes in games altogether as a loot box ban. The only way to continue selling these is to change the age rating towards adults.

The report also points to a study performed by the Universty of Hamburg that found that a minority of players are responsible for the majority of loot box revenue and that this is “a typical feature of gambling markets.”

Take notes Kenneth Tran, this is how the Loot Box debacle finally ends. By seeing these awful things gone forever gamers might be able to breathe once again.

Considering that the games industry in Germany is currently worth $4 billion annually. This could actually make a dent on many of the wallets of the giants. Maybe then they can focus on delivering good games rather than trying to make all the money in the world.

Germany is not the first one to consider a Loot Box ban, the aforementioned Belgium and even the Netherlands have also considered a ban. Meanwhile I am enjoying Dragon Ball FighterZ with loot boxes that cost absolutely nothing.

I sincerely hope that the people in the industry get banned from one of their sources of income and finally start putting some effort into their games. The gaming community can only hope for now that the German government reaches a favorable conclusion and that other countries follow suite with their decision.

Counter-Strike Co-Creator is “A risk to the community”.
Them’s Fightin’ Herds (Former Brony Fangame) To be Released on February 22