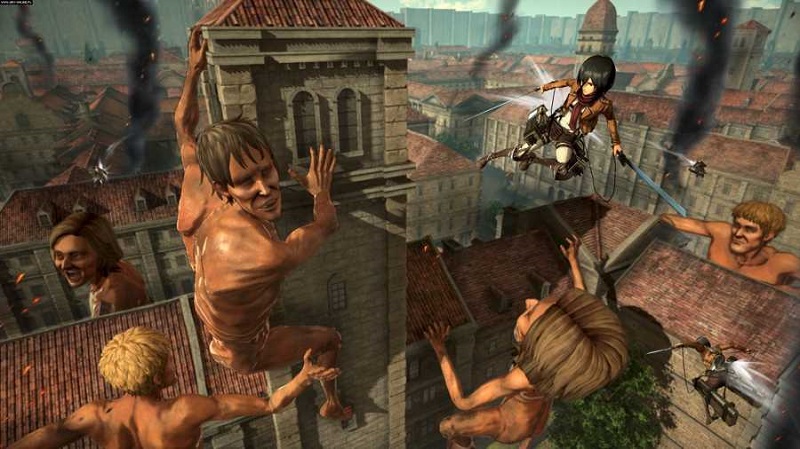 Koei Tecmo’s Attack on Titan 2 has received a free update today, and it brings a brand new mode to the game called Predator Mode. For those of you wanting to see the new mode in action, a trailer for it was released that you can watch at the bottom of this post.

The game’s official website provides a full breakdown of the mode, which is the following:

“In Predator Mode, you compete for points as you control a Titan.

You score points by attacking humans and destroying structures. Devouring humans is the way to gain high scores, so that should be your primary focus.

You won’t just be up against defenseless morsels. Powerful, armed soldiers will show themselves, too. Be careful about running into them, because Titan eliminations at the hand of soldiers will cost you points. When targeted by a soldier, you can divert attention by attacking another Titan.”

Attack on Titan 2 is available now on PlayStation 4, Xbox One, Switch and PC. The game launched earlier this year on the aforementioned platforms, garnering mostly positive reviews in the process. For reference, the PS4 version of the game is currently sitting at a 77% on game review aggregate site Game Rankings. The gameplay is something that is regularly praised along with the visual style, though a common criticism is the story takes a while to get off the ground.