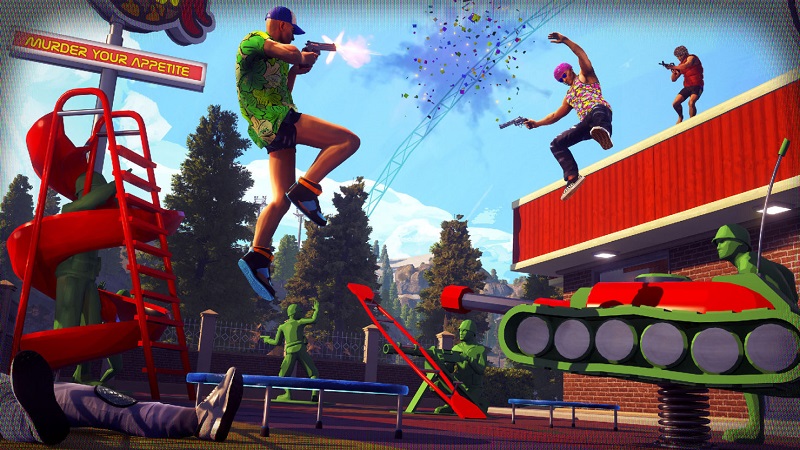 Boss Key Productions came up with a big swing and a miss with LawBreakers, but now they’ve got another game on the horizon. A Steam Page for a new game from the developer called Radical Heights has been spotted, while also receiving a trailer that you can check out at the bottom of this post.

The following is a synopsis taken directly from the Radical Heights Steam Page:

“Welcome to RADICAL HEIGHTS, a free *X-TREME Early Access* BATTLE ROYALE shooter. Partake in high-stakes battle royale gunplay in a sunny SoCal dome as contestants drive-by on BMX bikes or stalk other contestants from the shadows in search for weapons and prizes…but also CASH that you can bank – win or lose! Whether you spend that cash on righteous customization in your personal prize room or pull it from an ATM to purchase weapons early in the next game — building a wealth of cash is as important as taking down the competition in this irreverent 80s-themed action game show where everyone wants to be rich and famous!”

The Steam page for the game reveals that it will be released into early access tomorrow, though this will be a very rough draft version of the game. The core gameplay will be there for players to take for a spin, but everything about it is in the very early stages of development.

Boss Key added that “Early Access is an incredible opportunity for us to get the core foundation of the game into players’ hands and start building a community almost immediately. At Boss Key, we have some really unique twists we want to put in the Battle Royale genre, and launching into Early Access allows for us to share those high level ideas with our community quickly. We want to work with our fans to build Radical Heights into the ridiculous sandbox of fun we want it to be. It’s all about community engagement, and once we launch, this game is no longer our game, but our community’s game, and we are ready to mold it together.”

It looks like the team plans to keep the game in early access form for about a year, taking fan feedback into consideration before releasing it into the wild. Fans will be able to get their first look on April 10th, but be sure to also check out the game’s trailer below.