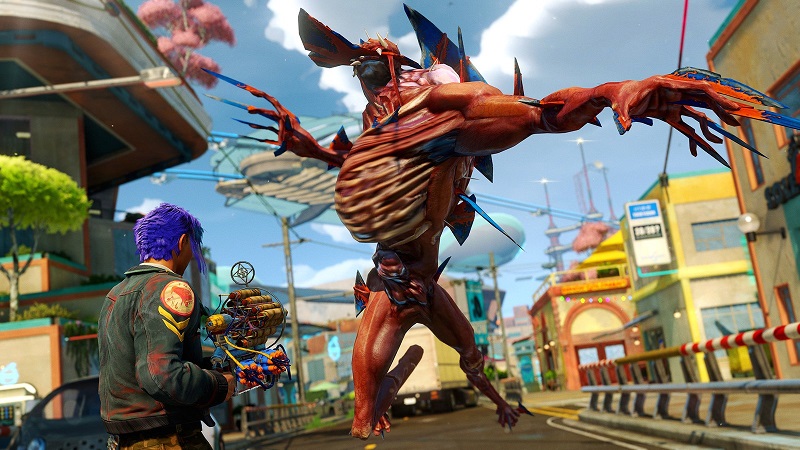 Plenty of Xbox One games have received an Xbox One X patch to allow them to take advantage of the new console’s more powerful hardware, but don’t expect one for Sunset Overdrive. The popular Xbox One-exclusive from Insomniac Games has many fans that would love to check it out again with improved specs, but the developer has shot down those hopes recently.

Developer Insomniac Games recently held a Q&A session on the ResetEra forums, where they were asked about the potential for an Xbox One X patch for Sunset Overdrive. The developer made it clear that it’s very unlikely to happen, for a number of reasons. Community Manager James Stevenson said the following:

“Realistically it’s not in the cards at this point. Our engine code is several years developed from Sunset Overdrive, and to re-open that project and try to piece it in there, on a new piece of hardware, plus all of the testing and resources going into it, isn’t something we’re able to do in house. Right now everyone here is focused on Marvel’s Spider-Man.”

Sunset Overdrive is available exclusively for Xbox One, releasing for the console back in 2014. The game was very well-received at launch, and stands as one of the best exclusives that the console has to offer. Insomniac Games is currently focused on development for their upcoming Spider-Man game, which is a PlayStation 4-exclusive set for release on September 7th of this year.