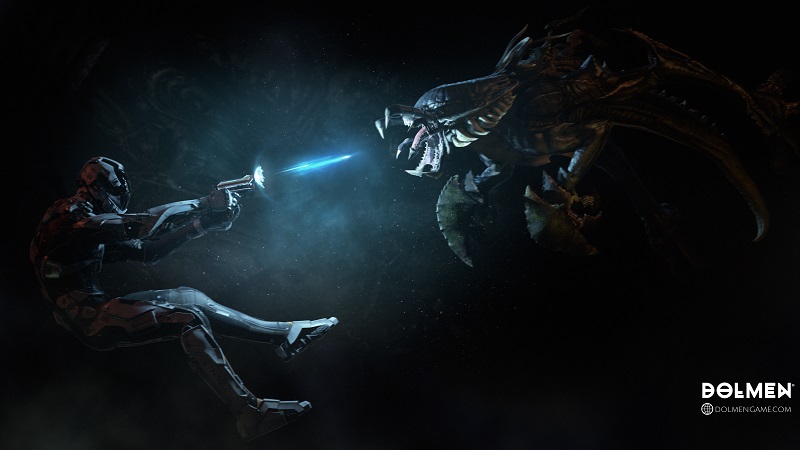 The Dead Space series is sadly no more as EA shut down developer Visceral Games last year, but the torch can still be carried by other developers. One such developer is Massive Work Studio, who has announced a Kickstarter campaign for their survival action RPG game called Dolmen.

As can be seen on the Kickstarter page for Dolmen, the campaign is asking for $90,000 to fund the project. Things are off to a very good start so far, with there already being nearly $20,000 raised with the help of over 350 backers as of this writing. There are currently 28 days left in the campaign.

What’s interesting to note here is that the developers are actually offering a demo for the game, giving everyone a taste of the game early. You have to pledge $10 or more in order to get access to the demo, but it’s risk free considering that you can just cancel your pledge if you don’t like it.

The developers mention on the game’s Kickstarter page that Dolmen blends cosmic horror and sci-fi, being a third-person action game with RPG elements. This is unique enough in its own right, but it also features “a lovecraftian plot that calls players to find what’s behind the darkest secret of the universe.”

The game is obviously in the very early stages of development and where it goes from here depends upon the success of the Kickstarter campaign, but the developers do have an idea of when they’ll have the game out by. Dolmen is currently targeting a Q4 2019 release on PC, PlayStation 4 and Xbox One. There will also be alpha and beta testing for those who back the game, with the first one set for the second quarter of this year for Tier 1 (and up) backers.

Be sure to check out a trailer for Dolmen below.