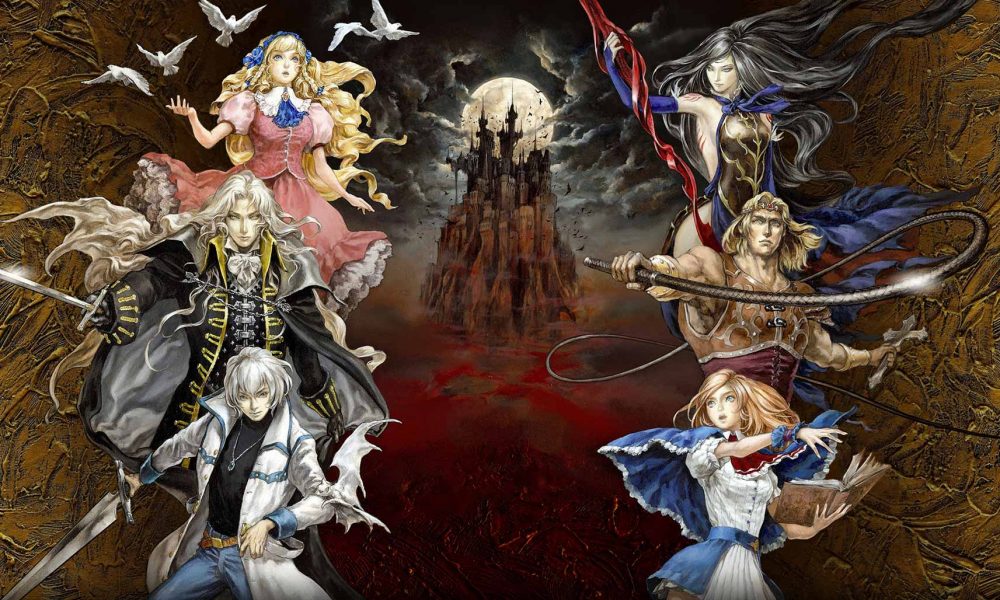 Konami is doing some questionable things with their IPs, mostly bowing out of the AAA gaming scene and focusing more on mobile games and pachislot machines. It has been a while since they’ve released a new Castlevania game, but now the company has announced that it will be returning with Grimoire of Souls on iOS.

The game will be a 2D action game like the classic games of the series, with Count Dracula being resurrected despite a long period of peace. Genya Arikado receives a letter warning of Dracula’s return, and now Genya is on a journey to the letter’s sender.

Players will be able to choose from a variety of characters taken from various installments in the series, with the likes of Alucard, Simon, Maria and more being included. Battles allow for up to four players to join, with several modes being available. These include the likes of a four-player co-op boss rush mode and a four-versus-four competitive mode.

The protagonist of the game is Genya Arikado, who is described as “A mysterious character who belongs to a top-secret Japanese government agency. Currently, only a handful of people know his true identity as the only being with the power to fight against Dracula. While he has unworldly good looks, he is unsociable and difficult to approach.”

He will be joined by Lucy, who is described as a “female researcher who works for a research organization in the fight against Dracula. Despite her young age, she is a highly competent research magician and supports Arikado and company in battle through the Grimoire. Arikado and company are staying at her laboratory.”

A release date for Castlevania: Grimoire of Souls has not yet been announced, but a closed beta is expected to kick off at some point in the middle of next month in Japan.