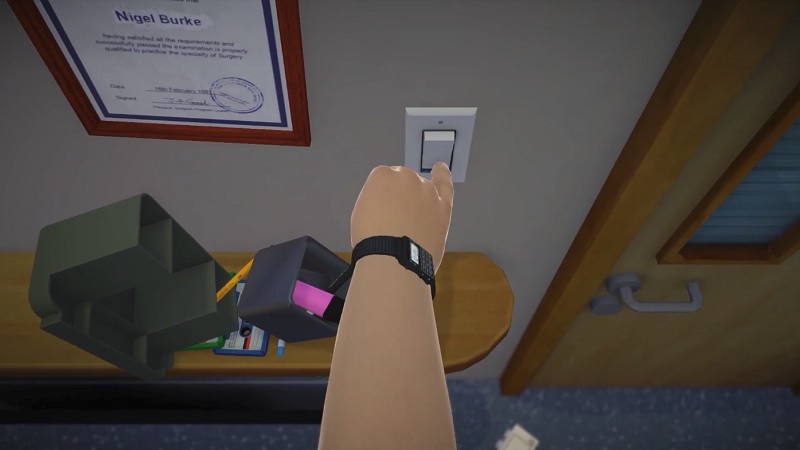 As far as simulators go, the Surgeon Simulator games have definitely been some of the most popular. Plenty of YouTubers have made countless videos of them trying and failing to successfully perform surgery on a poor soul, and the antics that follow are usually pretty funny. Now it looks like it could be coming to Switch.

Developer Bossa Studios has released a new teaser trailer for the game, with the title being BONE-SHATTERING NEWS. The trailer itself doesn’t give any specific information, though it does give a very obvious tease for what it actually means. The brief clip shows someone having a hard time hitting a switch on the wall, which is an obvious nod to Nintendo Switch. There’s also an accompanying description that reads “Let us know when it… clicks.”

Surgeon Simulator originally released for PC back in 2013, before coming to PlayStation 4, iOS and Android devices in 2014. This makes it four years since the game has made an appearance on a new platform, and it remains to be seen if it will include any new features over the previous releases. While official details haven’t been released yet, it stands to reason that motion controls will be one of the unique features for the Switch release. Of course, Switch owners will also be able to play the game at home or on the road.

We’re still waiting for the official Surgeon Simulator Switch announcement, but in the meantime you can check out the new teaser trailer below.