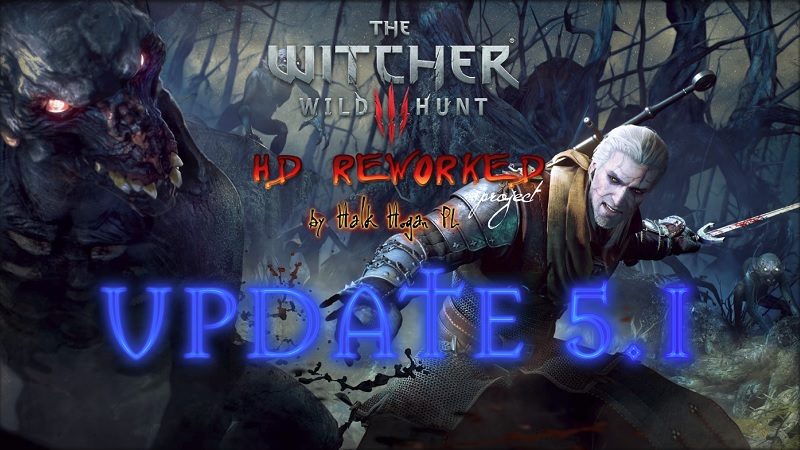 The Witcher 3 already looks pretty impressive from a visual standpoint as it is, but thanks to the HD Reworked Project it is being made to look even better. Creator HalkHogan has now released the next update for the mod, which brings it up to version 5.1 and continues to improve the game’s visuals.

The 5.1 update is available to download now through Nexus Mods, and more than doubled the size of the existing file (709 MB to 1.5 GB). The following are the complete patch notes:

Improved some water in different locations (water in sewers, some puddles, ponds, brooks). Now it looks and flows more naturally.”

The creator of the mod also released a new video showing off some of what’s in store with the new update, which you can check out at the bottom of this post.

The Witcher 3: Wild Hunt is available for PlayStation 4, Xbox One and PC. Developer CD Projekt RED is moving on from the series to take on something much different and even more ambitious, which is Cyberpunk 2077. That game is a sci-fi RPG that looks to be bigger than anything they have ever done before, though it currently does not have a firm release date.