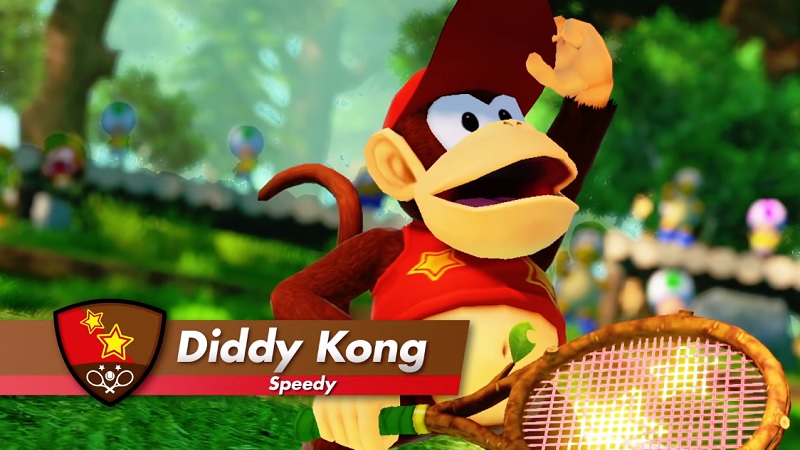 The roster for the Nintendo Switch-exclusive Mario Tennis Aces is about to increase by one, as Nintendo announced that Diddy Kong is about to enter the court. The character will be coming to the game entirely free, so you don’t have to worry about forking over cash for paid DLC.

How they’ll be rolling the character out is a little unique, however, as players will need to participate in an in-game tournament between September 1st and September 30th to get him early. If you don’t feel like participating in the tournament, then you can simply wait for October 1st when the character becomes available for everyone.

Diddy Kong also received an announcement trailer that shows off his skills on the tennis court, which you can check out at the bottom of this post. Hopefully the character is only the beginning of many other DLC characters to come in the future.

Mario Tennis Aces is available exclusively for Nintendo Switch. The game launched earlier this year to solid reviews, with the game’s visuals and gameplay being praised. However, some did criticize the game’s lack of content, which is something that Nintendo will hopefully continue to address via free content updates. Be sure to check out the Diddy Kong trailer below.