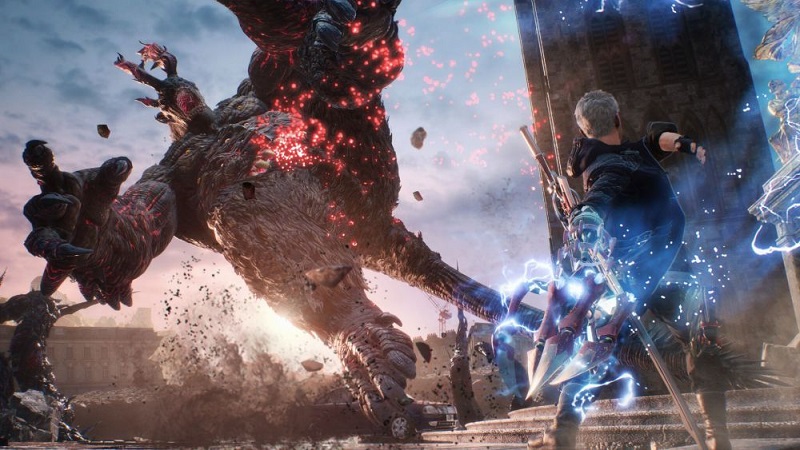 DLC is something that is very common in gaming these days, with just about every game having some form of DLC. While the Capcom-developed games in the series did not feature any DLC, the most recent (and Ninja Theory-developed) DmC did. It leaves fans wondering whether or not Devil May Cry 5 will feature DLC, though it looks like it won’t.

The game’s director, Hideaki Itsuno, spoke during Gamescom 2018 with Gamez.de, where DLC was brought up. He revealed that there are currently no plans to release DLC for the game, which is certainly an unusual move in this day and age. Itsuno claims that the game is being developed as a complete experience, rather than one that is finished via the release of post-launch DLC.

What’s most interesting to note here is that the game will feature some connections to the second game in the series. While some have wondered if the motorcycle in the upcoming game is the same one from Devil May Cry 2, Itsuno confirmed that that is not the case. However, he did reveal that there will be plenty of connections between the two games, which is odd considering that most people aren’t fond of the second game.

He also made it clear that both Nero and Dante are the protagonists in this game, rather than Nero being the lead and Dante being a supporting role. Much of the footage that we’ve seen so far has focused mostly on Nero, with Dante only showing up briefly near the end. However, it looks like Dante is going to have a much bigger role than what is being shown.

Devil May Cry 5 is in development for PlayStation 4, Xbox One and PC, and is set to launch on March 8th.