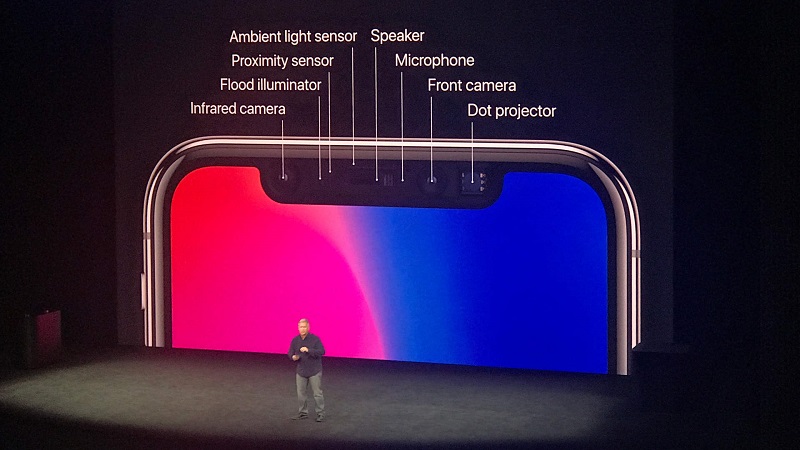 While the iPhone X was more or less well-received when it launched last year, one change in particular that the company made is still talked about to this day: the notch. Rather than featuring a display that was uniform all around, the top of the device featured a notch that ultimately shrinks the screen real estate a little.

Apple Users Are OK With The Notch

The notch seemed like it was something that fans would really come to resent over time, but according to a new survey that isn’t the case at all. USA Today (via wccftech.com) polled 1,665 adults on various Apple topics, and one of them had to do with the infamous iPhone X notch. Surprisingly, just 10% of users claimed that they wanted the company to remove the notch in the next iteration of the device.

Elsewhere in the survey we have common requests that users have been asking for for years. A big one has to do with battery life, with 3/4s of respondents wanting better battery life in the next phone. Considering that the next phone will be the second iteration of the new series, it is likely that the company will have optimized it somewhat. However, the big question will be by how much.

Another big request from those who took the survey is a shatter-proof screen, with 66% of the voters asking for it. This is a very understandable request, as these devices are very easy to break and cost a lot of money to repair. The phones are already expensive to begin with, so having a sturdier phone that won’t give users as much of a heart attack every time they drop it would be nice.

Nearly Half Of Apple Users Still Hoping For Expandable Storage

44% of respondents also asked for expandable storage, but this is a feature that Apple hasn’t budged on since the beginning. The phone’s internal storage is what you get, and if you’re not happy with it then you get a phone with more storage. The one slight consolation here is that the company is expected to offer a iPhone XS model that features a whopping 512 GB of storage, though the accompanying price tag will likely be huge.

One last part of the survey that we’ll mention is that of the headphone jack, as this has been a controversial removal from Apple ever since it was announced. While the lack of the headphone jack and the acceptance of the wireless Air Pods has improved over time, there are still 37% of users who are hoping that the company will bring back the headphone jack. 39% of users are also still upset that they can’t listen to music and charge the phone at the same time, with the dongle making that impossible.

There are lots of requests that Apple users are hoping for with the newest iterations of the iPhone, but we’ll have to wait and see what ends up happening. All will be revealed at the latest Apple Event, which will take place on September 12th. While we’re expecting more information on the company’s iPhone lineup, we’re also expecting a full reveal of the Apple Watch Series 4.