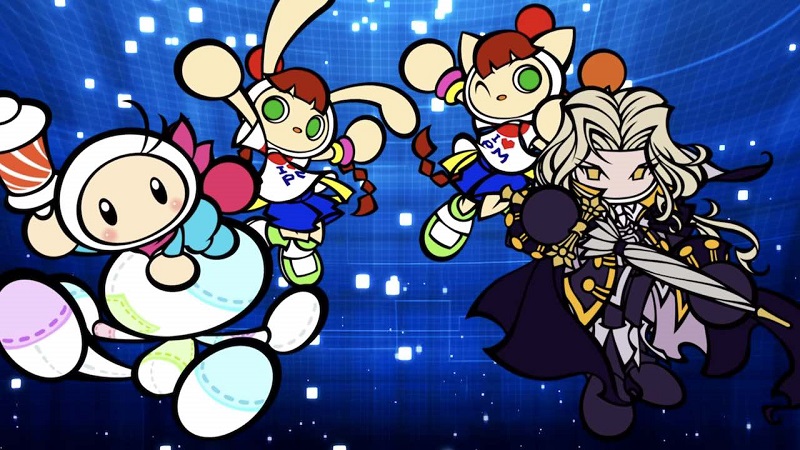 Super Bomberman R has just received a new patch from Konami, which brings the game up to version 2.2. Despite seeming like it might be a minor update, it actually packs some significant new content for fans to sink their teeth into.

This new patch adds five new characters to the game, as well as new accessories and stages. The following are the complete patch notes:

“A new battle rule “Civilians” has been added to the Grand Prix mode.
Three Castlevania stages have been added where the new “Civilians” rule can be enjoyed.
New characters are available in the shop:
Alucard Bomber
Mimi Bomber
Nyami Bomber
Upa Bomber
Caesar Bomber
New accessories have been added:
pop’n music
Polyhedron
Boat
Added Bomber Time.
The special abilities of the following characters have been adjusted:
Bill Bomber: Firing speed of special ability is downgraded from 0.11 secs to 0.18 secs per tile.
Max: Added the special ability ‘Plasma Bomb’. All abilities in ‘Grand Prix’ are also adjusted.
The Five Dastardly Bombers: Special ability bombs, has the effect of accelerating/decelerating explosion countdowns depending on skulls, illnesses, etc.
Added ‘Random’ stage selection.
Item locations in all Grand Prix stages have been adjusted.
Various other small bugs have been fixed.”

Super Bomberman R is available for PlayStation 4, Xbox One, Nintendo Switch and PC.