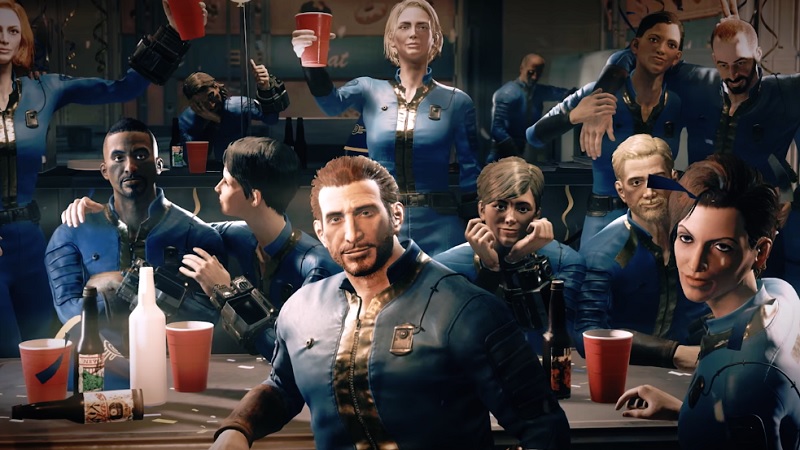 The release of Bethesda’s highly-anticipated Fallout 76 is on the horizon, but prior to that the company will allow players a taste of the game via a beta (or B.E.T.A. as they’re marketing it). This B.E.T.A. (which stands for Break-it Early Test Application) will go live on Xbox One first on October 23, with PS4 and PC a week later on October 30.

Along with the news of the launch dates for the B.E.T.A. comes the release of the game’ opening movie, which you can check out at the bottom of this post.

The company provided the following information on the B.E.T.A:

“During the B.E.T.A. one of our primary goals is to stress test and break the game. As such, the servers will not be running 24/7; instead, they’ll be online during targeted timeframes so we can get as many people as possible playing at the same time. Why? Because that’s the best way to put all our systems to the test and see how they respond.

On any given day the game might be up for anywhere between four to eight hours. Focusing as many players as we can into these windows is our prime objective. Then we’ll fix what we need to fix and do it again and again from the start of B.E.T.A. until a few days before launch. We’ll give you as much heads up as possible because we need you to log in during these times and play the game. We’ll also keep you posted through our official @Fallout and @bethesdastudios on Twitter as well as the Bethesda.net forums and our Bethesda.net Status Page to learn when servers will be online.”

Fallout 76 launches for PlayStation 4, Xbox One and PC on November 14. Be sure to check out the game’s opening movie below.