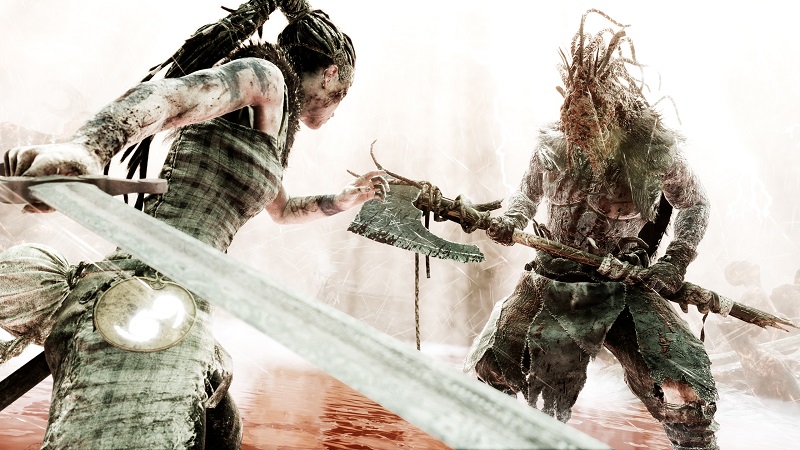 Ninja Theory’s Hellblade: Senua’s Sacrifice is currently available on consoles and PC, but only in digital form. However, that will be changing very soon as the developer announces a retail edition. The retail edition will come to PS4 and Xbox One on December 4th, with the price set at $29.99.

This retail edition of the game comes with everything that was included with the base game, as well as a digital documentary that explores the origins of the game.

The following is an overview from 505 Games:

“From the makers of Heavenly Sword, Enslaved: Odyssey to the West, and DmC: Devil May Cry, comes a warrior’s brutal journey into myth and madness. Set in the Viking age, a broken Celtic warrior embarks on a haunting vision quest into Viking Hell to fight for the soul of her dead lover. Created in collaboration with neuroscientists and people who experience psychosis, Hellblade: Senua’s Sacrifice will pull you deep into Senua’s mind.”

Evocative Storyline – An atmospheric masterclass with a powerful narrative unlike anything you have experienced before!

Powerful Exploration of Mental Health – Created in collaboration with neuroscientists and people who experience psychosis.

Feature Documentary – The retail version of Hellblade also comes with a digital documentary exploring the origins of the game.

Guacamelee! 2 Heads For Switch This December
Top 5 League of Legends Teams You Should Watch at the Worlds Championship 2018