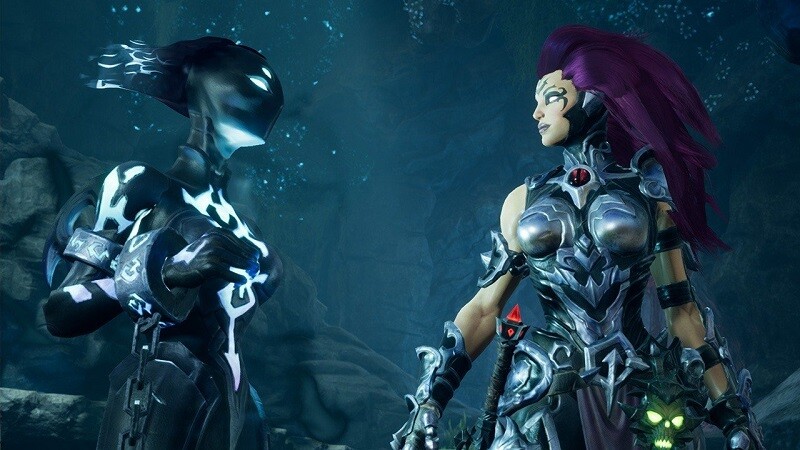 The Darksiders series was never one of the biggest in the gaming scene, but it nevertheless has its following and the first two games were well-reviewed. After several years it was announced that the third game in the series would finally be happening, and now Darksiders 3 is out this week. However, the response at launch has definitely been much lower than that of the first two games.

Checking out the game’s average on Game Rankings so far, the game is averaging just under 60% on PS4. Things look a little better on the PC side of things for the moment, where the average is right around 70%. Even still, considering that each of the first two games have scores in the low-to-mid 80%-range, it looks like we may have our first swing and miss for the series.

GameSpot covered the PS4 version of the game, and they gave the game a 4/10 in their review. They said that the game’s camera and lock-on systems are a constant chore to deal with, and the game’s environments are dull. That goes along with their dislike of the game’s simplistic progression and “numerous technical issues,” which all add up to a game with a lot of problems. They did praise certain one-on-one combat encounters and the inventive character designs, but that’s it.

On a more positive note we have the IGN review covering the PC version, which received a 7/10. They actually liked the game’s “straightforward simplicity,” as well the game’s challenging combat (that can occasionally be a bit too unforgiving). However, they did note that the game really doesn’t take any risks or introduce new concepts to shake up the formula.

Overall, it’s looking like hardcore fans of the series should give it a shot, but everyone else should probably pass or wait for price drops down the road. You can check out more PS4 and PC reviews of the game as they are released in the coming days. Darksiders 3 launches for PlayStation 4 and PC on November 27th.