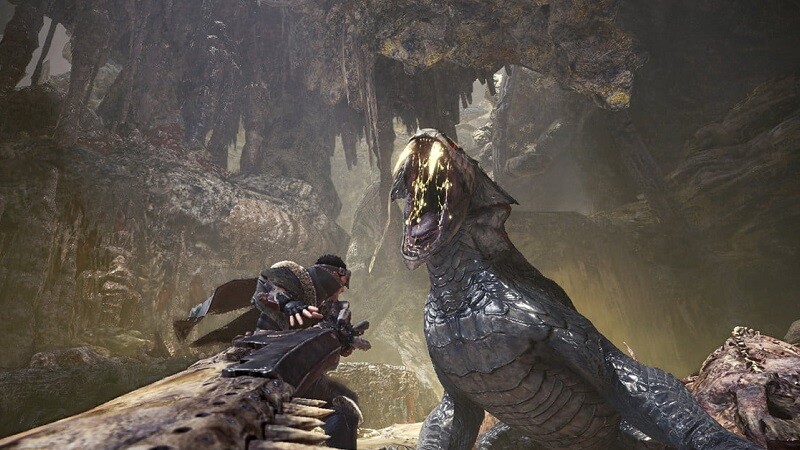 Monster Hunter World has received some new mods on PC, ensuring that the updates for the game keep coming even when Capcom isn’t the one releasing them. The first one we have is called the Hidden HUD Fix mod, which tweaks the current HUD and allows it to be turned on and off as desired.

The following is an overview from the page on nexusmods.com:

“In previous Monster Hunter games, setting the HUD to hidden still allowed vital information to be temporarily displayed by holding down the “camera” or “item selection” button. HUD elements could also be moved onto the second screen on DS titles. This allowed players to avoid having their vision permanently obstructed by floating bars on the edge of the screen when hunting, gathering and generally getting tackled by fish.

This time around, hiding the HUD permanently conceals HP, stamina, the minimap, sharpness, the majority of weapon specific parameters and some other things. Hence, this AutoHotkey script was written to act as a toggleable and moveable substitute for most HUD elements.

It is not intended to “assist” in hunting – fighting monsters without the original HUD should be done with the expectation of being left, in the best cases, at a marginal disadvantage. However, some features that do expose information not readily visible on the HUD are included because they were convenient to implement. Please be considerate of other players’ wishes and intentions.”

Next up we have a helpful little tool that will allow players to transfer their PS4 save over to the PC version of the game. The big caveat here is that your PS4 save needs to be encrypted in order for this to work, and that is only possible on jailbroken consoles.

Monster Hunter: World is available now on PS4 and PC. The game has been a big success for Capcom ever since it released earlier this year, and won big in the recent 2018 PlayStation Awards.