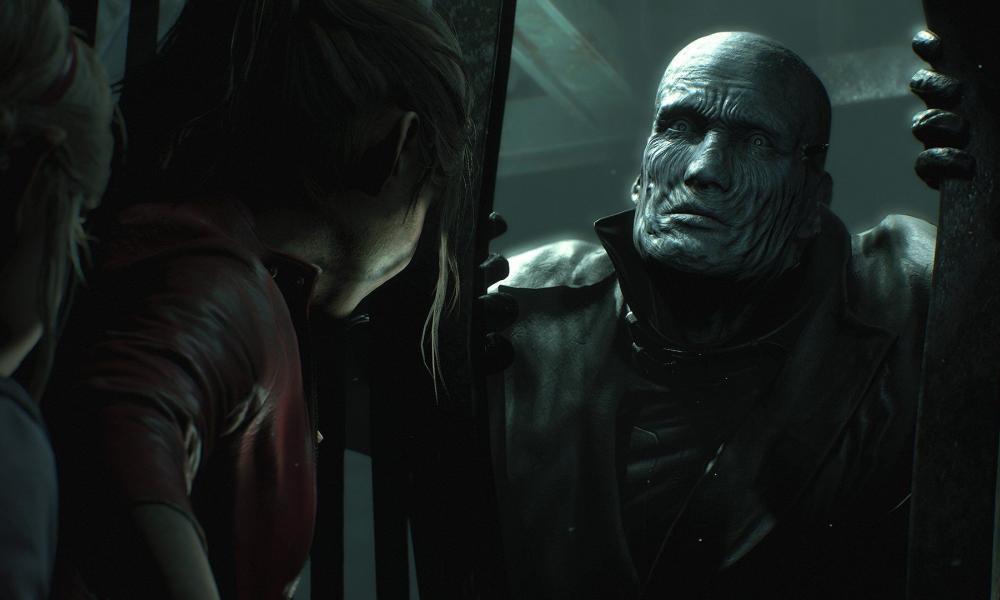 There’s no doubt that the awaited remake of Resident Evil 2: BIOHAZARD has been one of the most awaited titles of the year. A lot of people just cannot wait to play the remaster of the most beloved games in the franchise and see it fully realized in HD. Capcom is certainly aware of the expectation surrounding the game and because of this, they gave fans a nice treat.

Today, through the Resident Evil Twitter account. Capcom shared some gameplay of the Resident Evil 2 remake in the form of 2 different videos. The first one showcases the game’s protagonist Claire Redfield and her infamous encounter with the T-00, also known as Mr. X. Anyone else who hails from this game will remember how this was Nemesis before Resident Evil 3: Nemesis was a thing.

The video on the Twitter account not only shows how resilient the beast is, but it also shows that Mr. X has a new appearance as well. Not only that, but there’s also a new musical cue that will inform the player of the imminent danger they are in. We also get a small sneak peek at Sherry Birkin in the new Orphanage that’s located inside the RCPD building.

His boots were made for stomping. See what it's like to take on the Tyrant in this new gameplay video featuring Claire in Resident Evil 2, and get a sneak peek at Sherry Birkin in the new Orphanage area. #RE2 pic.twitter.com/4uvRNTHbJN

Afterwards, we also got a clip featuring everyone’s favorite blonde boy: Leon S. Kennedy and his companion, Ada Wong (A.K.A. “ADA, WAIT!”). As is tradition in Resident Evil 2, these two characters will separate at various points in the game and Ada Wong will be seeing managing her way through puzzles that involve the use of hi-tech gadgets.

Meanwhile, we’re shown that Leon himself will have to deal with more than just Zombies in this wicked city as it seems like even humans are going to be hostile towards the rookie police officer. The nightmare just keeps on getting better and better, with lots of new twists and turns that might catch veterans off guard.

Get a closer look at some of the familiar faces you'll see and sinister places you'll go in Resident Evil 2 as Leon attempts to survive the nightmare of Raccoon City, including gameplay featuring Ada Wong. pic.twitter.com/6CaQlkuYKg

Resident Evil 2: BIOHAZARD will be coming out on January 25 of 2019. It will be available on Xbox One, PlayStation 4 and Steam. Get ready to fight your way through the nightmarish hell that is Raccoon City.