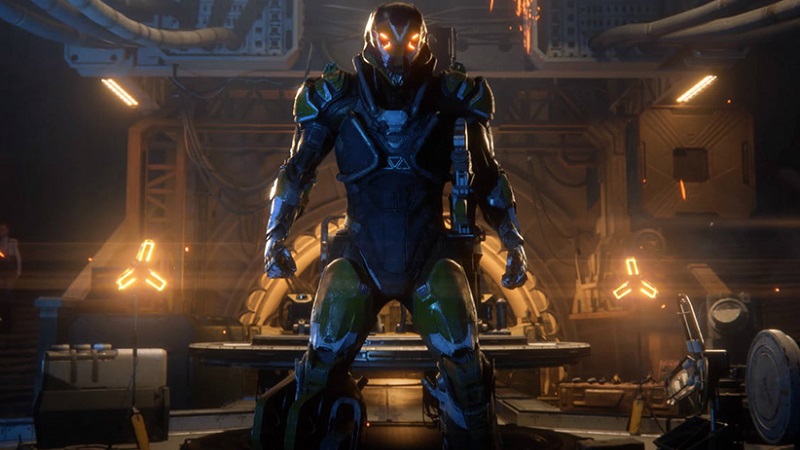 Anthem, the up and coming MMO developed by Bioware, recently held registration for a closed Alpha. The registration ended December 3rd, so if you wanted to try to get in, sorry folks. The Alpha begins on December 8th and will run until December 9th. So players in the Alpha will not have long to test but will have the prestige of being some of the first to play Anthem.

Anthem was first presented at E3 in 2017. Since then players have been dying for any information they can get on it. Anthem’s is a part of the science fiction/fantasy genre. Fans speculate Anthem to be a contender for Bungie’s Destiny.  Players have seen a few pieces of the world in Anthem and describe it best as strikingly beautiful and amazingly elaborate. Anthem is expected to have a fairly sophisticated plot and be primarily story driven. Gamers have complained that developers often choose to focus too much on multiplayer rather than making a strong storyline. This should alleviate any concerns they have about being sold a half-finished game.

So far there has been no word on whether there will be an open or closed beta. The game is nearing completion so if there is to be one it would likely be sometime in January or early February. Luckily, players won’t have to wait long as Anthem is slated for release on February 22nd. The excitement from fans is papable with many predicting a phenomenal game. What players have seen so far has them highly expectant of a phenomenal game. The upcoming alpha should offer more evidence of what the game will be like when it is finally released in the coming months. At the minimum players can expect to see more gameplay from the Alpha soon.

Zach RileyJanuary 31, 2023
Read More
Scroll for more
Tap
The Game Awards 2018: When And Where Can You Watch It?
How Konami Decides Which Old Yu-Gi-Oh! TCG Cards To Revive