Biggest Year Yet For The Game Awards Show, Views Rise By More Than Double 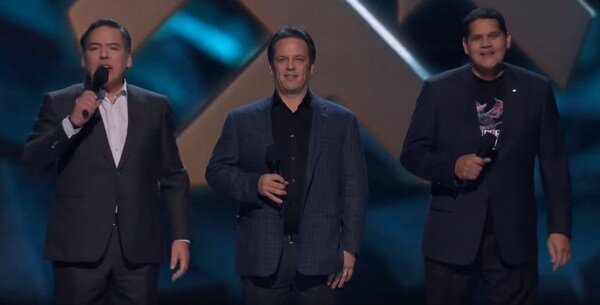 Biggest Year Yet For The Game Awards Show, Views Rise By More Than Double

In its fifth year, The Game Awards continues to grow thanks to big game announcements, a flurry of video game info drops and the many awards handed out throughout the night. A recent press listing let the entire industry know why video games are crushing all other forms of entertainment, boosting its numbers by a whopping 128% increase over last year’s ceremony.

The numbers come from a combined total of concurrent viewers during the streamed event, as well as re-streams and other views after the show ended. During the show, however, The Game awards clocked in a massive 4 million viewers streaming the event on applications such as Twitch and YouTube — that’s more than double the amount of viewers tuning in during 2017’s show.

Since the awards show ended its menial reign on television’s Spike TV time slot and first started it’s streaming career five years ago thanks to host Geoff Keighley, the ceremony has steadily increased in views every single year. The first year only saw a minimal 1.9 million views, but has since increased over the years to the now staggering 26.2 million views across the globe.

Perhaps the most impressive stats to take away from the ceremony is that it was the top trending topic on Twitter for the fourth straight year. With a large focus on big name game announcements from AAA publishers such as Ubisoft (Far Cry New Dawn), Activision (Crash Team Racing Remake) and Warner Bros. Interactive (Mortal Kombat 11), there definitely seems to be a winning formula for the continued success of the eventful ceremony.

Check out the speech from God of War (PS4) director, Cory Barlog, after receiving the coveted Game of the Year award, below:

If trends continue to rise for the massively glowing video game industry, we could expect to see those viewer numbers grow even further throughout the coming years.