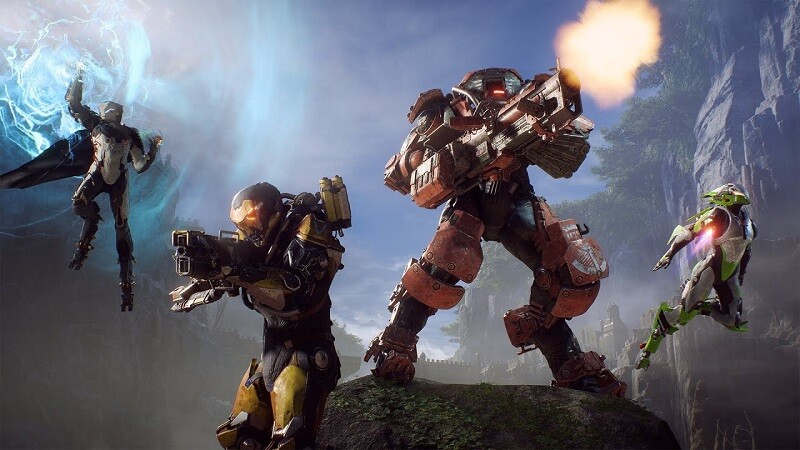 BioWare’s new online multiplayer RPG, Anthem, launches tomorrow on several platforms. Reviews of the game have slowly been trickling out leading up to launch, and while they haven’t been exactly glowing, they are definitely better than the Mass Effect: Andromeda reviews. If you’re planning on picking the game up then we have the download file sizes for each platform.

For those unfamiliar with the game, the following is an overview from the official Microsoft store page:

“On a world left unfinished by the gods, a shadowy faction threatens all of humankind. The only thing that stands between these villains and the ancient technology they covet are the Freelancers. Join with up to three other players and assemble high-tech, hand-crafted, uniquely powerful suits of armor. Explore vast ruins, battle deadly enemies, and claim otherworldly artifacts. With every mission, you and your Javelin grow in power. Fight the dangers of an ever-changing world. Rise united to defeat evil. Triumph as one.”

Anthem will launch for PS4, Xbox One and PC on February 22.