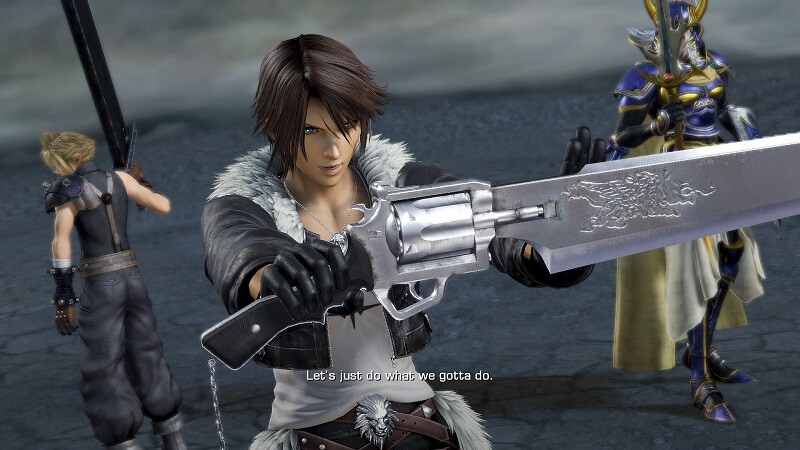 Dissidia Final Fantasy NT has been available on PS4 for some time now, but it only recently saw its release on PC. The game has over 30 characters taken from all of the different Final Fantasy games in 3 vs 3 combat, and can be quite challenging for those new to the series. If you’re struggling, we have some cheats to ease the burden.

These new cheats come courtesy of cheathappens.com, packing a bunch of different cheats to take advantage of that should make life a lot easier. Keep in mind that this is a premium cheat trainer, which requires you to have a premium subscription with the site. The following is the complete cheat trainer:

“With the struggle between order and chaos quelled by saviours from beyond, the realm was destined to fade from existence. Instead, an arcane power has breathed new life into it—bestowing these decaying remains with purpose once more. The fight has begun anew, and the world is your arena.

Over twenty-four of FINAL FANTASY’s most recognisable faces have assembled to take part in interdimensional fisticuffs. Face off against other teams in action-packed, three-on-three melees that require sense as well as strength to win. Each combatant can be one of four types: vanguard, assassin, marksman, or specialist; play off your allies’ fighting styles, master the bravery system, and emerge triumphant from the clash of steel and sorcery!

In addition to standard battles, there will be skirmishes that employ special rulesets, along with cutscenes that tell the story of this reborn world, the gods that rule it, and the warriors who fight for it.”

Dissidia Final Fantasy NT is available for PC and PS4. The game’s reception on Steam has not been positive so far, with nearly 1,300 user reviews resulting in a “Mostly Negative” consensus. The major problem right now appears to be the netcode, as nearly every user review mentions online play being terrible. Hopefully the developer is able to fix the issues quickly with patches.