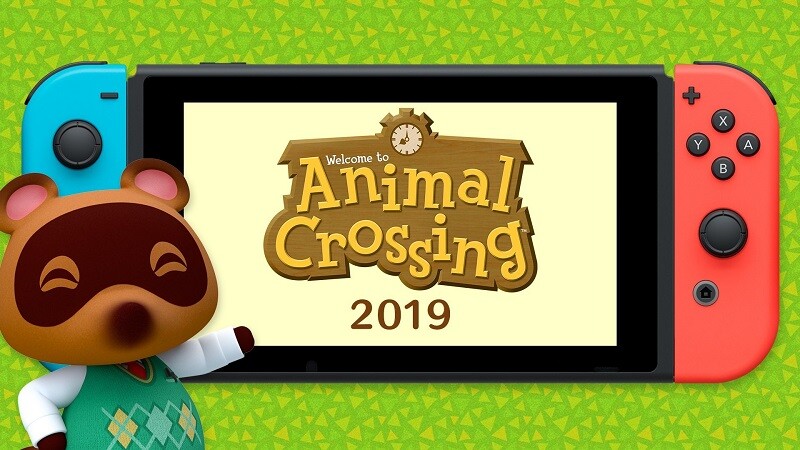 Nintendo has already released many of its heavy hitters on its very successful Switch console so far, but there are still some big names that haven’t made their debut yet. One such game is Animal Crossing, which was revealed to be launching sometime in 2019 some time ago. However, when can we expect it to release? That’s what we’ll cover here.

It has been quite sometime since we’ve gotten a mainline Animal Crossing game, with the last one being 2013’s New Leaf on 3DS. The Wii U never got a main installment, instead getting a spin-off. It looks like Nintendo has instead been biding their time and making the next installment the best it can possibly be, while also releasing it on a console where it will actually sell. The latest release in the series is mobile game called Pocket Camp, which launched in November 2017 for iOS and Android devices.

The big question right now is figuring out where the company will decide to to place it in their release schedule, as they have plenty of big names slated for the end of the year. These include the likes of Pokemon Sword and Shield, The Legend of Zelda: Link’s Awakening remake, Bayonetta 3 and Luigi’s Mansion 3. None of those games have specific release dates at this point, though we can get an idea based on when others are likely to release.

Considering that Luigi’s Mansion 3 is likely to get an October release, and the Pokemon games a late November release, it’s possible we could see an early September release for Animal Crossing. This would line up with some leaks that have suggested that the game is going to launch in September, which definitely makes sense considering the other games set to release this year.

Of course, this is all speculation and needs to be taken with a grain of salt. We’re still waiting on the official word from Nintendo regarding Animal Crossing Switch’s release date, which will likely be coming sometime around E3 2019 in June. We’ll keep you updated as more information comes in.