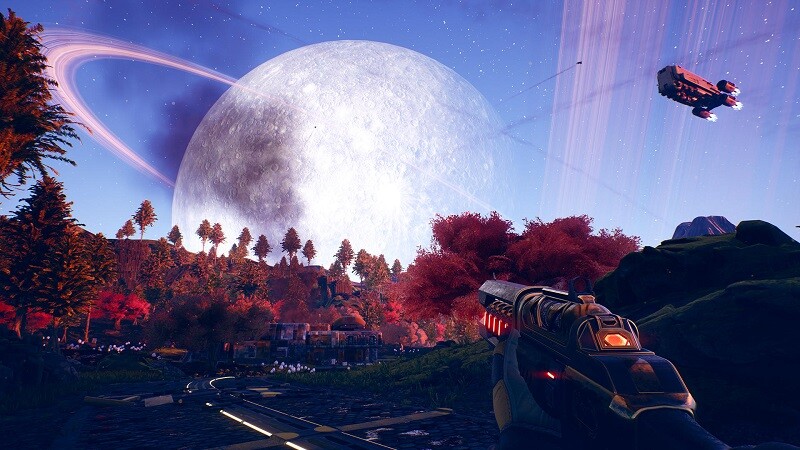 2019 has been yet another good year for gaming so far, with several games releasing that will be big contenders for game of the year once the curtain closes. However, despite the year already being more than halfway over, there are still some huge titles on the horizon that are sure to make their own dents on the coming best-of lists. This article will list the 10 biggest games that are still coming in 2019.

A new game from Remedy Entertainment is always highly-anticipated, and Control is no different. The game is an action-adventure game in the same style as Alan Wake or Quantum Break, but with a supernatural twist. Players will control Jesse Faden, who possesses a variety of supernatural abilities like telekinesis, levitation and more. She will be using her abilities in order to defeat an enemy known only as the Hiss, which has corrupted reality. Control launches for PS4, Xbox One and PC on August 27th.

It has been many years since the last game in the Borderlands series released, but the hiatus is finally coming to an end very soon. Those who have played previous games in the series will feel right at home with this game, as it’s once again a loot-driven FPS. The game will offer more zany characters and a charming and insane world to explore, all while dealing with new antagonists Troy and Tyreen Calypso along with their Children of the Vault cult. Borderlands 3 launches for PS4, Xbox One and PC on September 13th, with a Google Stadia port release date being TBA.

Tom Clancy’s Ghost Recon series is returning soon with Breakpoint, which will serve as a continuation of previous game Wildlands. The game is set in an open world environment called Aurora, which is a fictional island in the Pacific Ocean. Players will control Lieutenant Colonel Anthony “Nomad” Perryman, who is a special forces operative that was sent to the island to investigate a series of disturbances in the area. Breakpoint launches for PS4, Xbox One and PC on October 4th, with a Google Stadia port coming in November.

Each new installment in the Call of Duty series is always huge, but Modern Warfare’s release marks a first for the long-running franchise. It will be the first game in the series that is reimagining of a previous game in the series, taking 2004’s original game and updating its mechanics and themes to match today’s world. The game will still have some of the beats that the first game had, but will also incorporate lots of surprises to make it a fresh experience. Modern Warfare launches for PS4, Xbox One and PC on October 25th.

Obsidian Entertainment’s The Outer Worlds is one that will be very highly-anticipated for fans of Fallout: New Vegas, as this game serves as a sort of spiritual successor to that game. It will be an open world RPG that allows you to explore many unique areas crawling with plenty of deadly foes. Players will also be able to encounter and recruit NPCs as companions that have their own personal missions and stories to take part in. The Outer Worlds launches for PS4, Xbox One and PC on October 25th, with a Switch port also being in the works.

If you’re looking for the most ambitious (and weirdest) game still coming in 2019, then look no further. Hideo Kojima’s Death Stranding has perplexed gamers ever since its announcement, and each new trailer that releases just brings more and more questions to the table. It is Kojima’s first game since breaking up with Konami after the release of Metal Gear Solid V: The Phanton Pain (and the cancellation of Silent Hills), and it looks like Kojima has taken the newfound complete creative control to deliver something truly original. Death Stranding launches exclusively for PS4 on November 8th.

At this point we all know what to expect from a new Pokemon game, and Sword and Shield seems poised to deliver even more cute creatures for players to capture and battle very soon. What sets Sword and Shield apart from its predecessors is that it will be the first home console release for the series, which is saying something considering the series has been around for over 20 years. Pokemon Sword & Shield launches exclusively for Switch on November 15th.

If you’re a fan of Shenmue then nothing needs to be said for the inclusion of the upcoming third game on this list. Fans of the series have been waiting nearly two decades for a follow-up to the second game, and in just a couple of months that will finally be delivered to them. Brought to life thanks to an extremely successful Kickstarter campaign, the game continues the adventure of protagonist Ryo Hazuki as he hunts down his father’s killer. Shenmue III will launch for PS4 and PC on November 19th.

id Software’s DOOM 2016 was one of the best FPS games to come along in years, so it’s a no-brainer that the follow-up would be on this list. Eternal is set to offer yet another intense FPS campaign for players to plunge into, while also offering a multiplayer component that greatly improves upon the last game’s underwhelming multiplayer mode. There will also be twice as many demon types than there was in the last game, meaning that the chaos level just got that much higher. DOOM Eternal launches for PS4, Xbox One, Nintendo Switch, Google Stadia and PC on November 22nd.