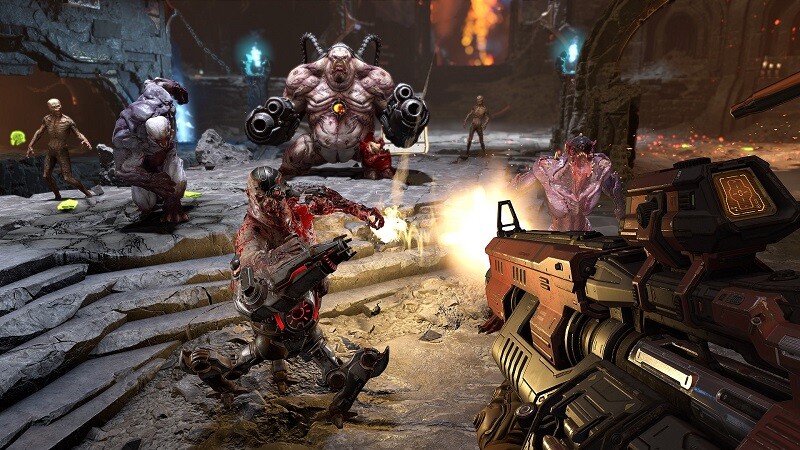 When it comes to console gaming, there are few that would argue against the fact that Xbox has the weakest lineup of games these days. While Microsoft has been making a lot of moves to change that going forward, for the time being Xbox gamers don’t have a whole lot to look forward to when it comes to Xbox-exclusive experiences.

However, there are still some potential gems along the way that can be played on Xbox, and this post rounds up the 5 games that should be worth your time for the remainder of 2019.

The last couple of games from Remedy Entertainment have been Xbox console-exclusives, though that streak is coming to an end with their new game. This one has players controlling Jesse Faden and her telekinetic abilities as she aims to take down the Hiss, which has invaded the world and caused chaos. Expect more of the engrossing and cinematic action found in games like Alan Wake and Quantum Break, but this time with a supernatural twist. Control launches on August 27th.

While it’s easy to roll your eyes whenever you hear about another Call of Duty game, what is being done with the series this year has actually never been done before. Infinity Ward is going back to the franchise that turned this series into the juggernaut that it is, only instead of making a sequel they are rebooting it. Modern Warfare is built from the same skeleton as the original game, though it is being reimagined to make it a fresh experience. Modern Warfare launches on August 27th.

Do you like Fallout: New Vegas? Do you want a game that is essentially a spiritual successor to that game? Well, then you’re likely going to want to check out the latest from Obsidian Entertainment. The game is an open-world RPG that is played in the first-person perspective, and the players will be exploring many different areas filled with deadly monsters and interesting NPCs. The players will also be able to recruit these NPCs, which can then accompany you in combat and come with their own abilities and story arcs. The Outer Worlds launches on October 25th.

A new game from Respawn Entertainment is on the way, yet it has nothing to do with Titanfall or Apex Legends. Their next game is actually a singleplayer Star Wars experience, and that description alone has many people very excited. However, we need to keep in mind that this is published by EA, who regularly seems to go out of their way to ruin games with microtransactions and other boneheaded decisions. Still, we have our fingers crossed that the tides will change with this release and deliver an experience that Star Wars fans can fully love. Fallen Order launches on November 15th.

The DOOM series is coming back after its triumphant return in 2016, and the follow-up looks like it will improve on an already solid foundation. id Software is yet again delivering another thrilling singleplayer experience, but this time they are also aiming to deliver a multiplayer component to match it. The footage from the game that has been shown so far looks fantastic, and we can’t wait for the finished product later this year. DOOM Eternal launches on November 22nd.