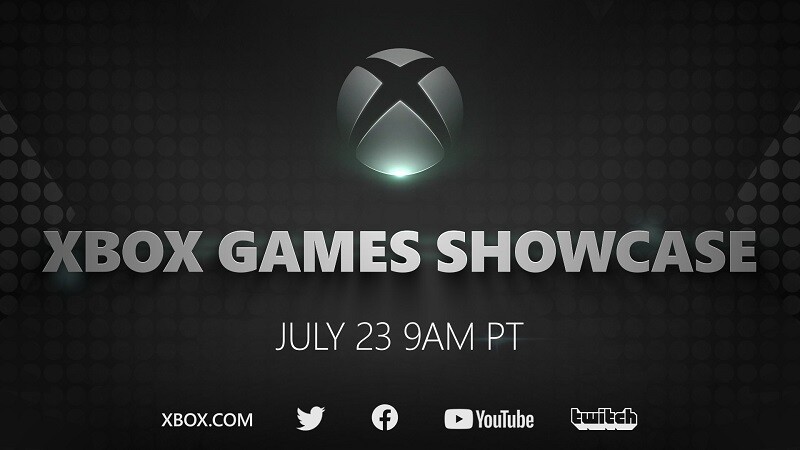 The typical rollout of new game announcements this year has been very unusual due to the coronavirus situation, resulting in lots scattered bits of information. However, on July 23rd Microsoft will finally be hosting its Xbox Games Showcase (announced via Twitter), where it will reveal its lineup of first-party games for the upcoming console.

The showcase will start at 9am PT, with Geoff Keighley doing a pre-show on YouTube Gaming at 8am PT. It’s unknown how long the event will take place at this point, though it stands to reason that it will at least be an hour long.

Considering that Microsoft has acquired several studios to bolster their exclusive lineup, it’s very likely that we will be getting our first look at some of those titles during the showcase. Rare’s Everwild and Obsidian Entertainment’s new RPG are definite possibilities, as recent rumors suggest they will be unveiled later this month.

Of course, the big game that everyone is waiting for is Halo Infinite, which is the long-awaited next installment in the beloved Halo franchise. The wait has been longer for this installment than any other, with 2015’s Halo 5 being the last main game released. Infinite is being called a soft reboot for the series, as the developers are taking their time to get the series back on the right track and become the powerhouse that it once was.

Whatever big announcements are in store for the Xbox Game Showcase, you can be sure you can find all of the new information here as soon as it becomes available.

Zach RileyJanuary 31, 2023
Read More
Scroll for more
Tap
Ever Been An Apple Arcade Subscriber? You May Be Getting Another Month Free
Microsoft Confirms Plans To Acquire TikTok