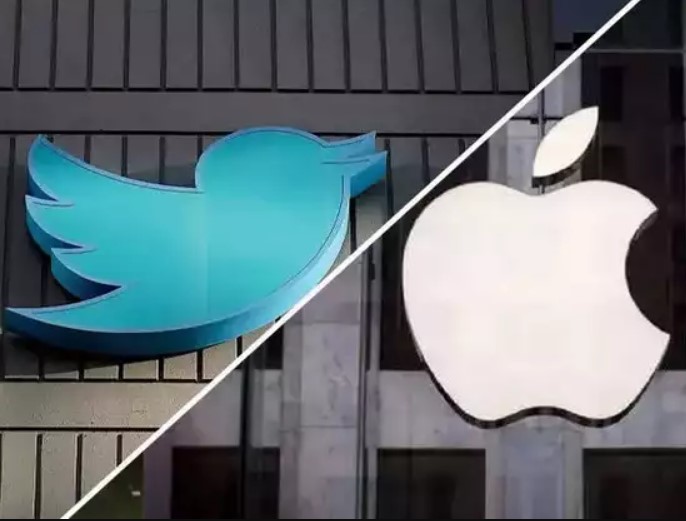 Elon Musk claims that Apple threatened to remove the app from the App Store after he complained on Twitter about Apple spending less money on advertising, but it’s not entirely clear what’s happening.
Elon Musk has made a sizable number of changes since purchasing Twitter, including adjustments to the company’s policies, massive layoffs, and an apparent amnesty for suspended accounts. Musk responded to a question about Apple itself in a series of tweets on Monday where he rails against Apple and its 30% commission for the App Store as well as Apple’s reduction of advertising on the service.

Musk simply responded “Yes” when asked if Apple had threatened Twitter’s inclusion in the App Store or made any other kind of moderation request.

Loss of advertising revenue sparked the attack.
The tweet storm appeared to have started with advertising expenditure. In the first of the series of tweets, Musk accused Apple of having “mostly stopped advertising on Twitter” and posed the accusation, “Do they hate free speech in America?” before poking Apple CEO Tim Cook.

An advertising firm for Apple earlier in November advised clients not to continue spending money on Twitter advertising. Omnicom Media Group was concerned about impersonation, layoffs, and other issues.

However, a Tweet from a person claiming to be one of the leads on Apple’s social media spending team provided the explanation for why the budget was cut.

Multiple accounts believed to be associated with an Apple employee reposted the tweet, and we have confirmation from additional sources inside Apple who are not permitted to comment on the subject that the logic is sound. For further information on the entire situation, AppleInsider has contacted Apple PR.

Sgain, app store fees
In a pair of tweets, Musk mentions the App Store commission in addition to his criticism of Apple. In one, he reposts the video Epic Games made to announce the beginning of its legal action against Apple on the fee and other policies.

The iPhone should be made available to multiple app marketplaces, among other things, according to the complaint filed by Epic Games, a well-known opponent of Apple’s store policies and fees.

Musk only added the phrase “Accurate” to the retweet.

In the second, Musk reposts a tweet that mentions the 30% fee and asks, “Did you know Apple charges a secret 30% tax on anything you buy through their App Store?”

The debate may revolve around moderation

Musk sent a stand-alone tweet with an accusation ten minutes later. The CEO believes that Apple has threatened to remove Twitter from its App Store but won’t explain why.

It seems doubtful that Apple would issue such warnings without providing some kind of clarification, such citing specific rules from the Software Store that the app may be breaking. Apple is also unlikely to explain the issues with the software to the general public, but it would if Twitter were truly deleted.

The twitter storm and the charge come after Musk was questioned about making his own smartphone on Friday in the event that Apple and Google removed Twitter from the App Store. Musk said at the time that he hoped it wouldn’t, but if it did, he would “create an alternate phone.”

For years, there have been rumors about a “Tesla Phone.” At this time, it is, at best, vaporware.

If Apple is really bothered by Twitter’s inclusion in the App Store, which isn’t at all clear, it’s probably because of recent changes to the company’s moderation policies. An app must have clear moderation standards and uphold them in order to be hosted on the App Store.

The Safety section of Apple’s App Store Review Guidelines contains a lengthy list of “Objectionable” content that is prohibited from being included in apps.

Apps are required to have filters for objectionable content, mechanisms for reporting it with quick responses, and blocking features under User-Generated Content. Some apps may be “removed without notice” if they facilitate bullying and threats or contain content that is inappropriate for use at work.

Early in 2021, the social media app Parler was removed from the App Store for hosting objectionable content and for failing to submit moderation guidelines. After making improvements, it was eventually accepted back into the App Store.

There is concern that Twitter may experience a similar situation as a result of, among other things, a policy change regarding content and an amnesty for suspended accounts.

Musk tweeted an image macro showing a car turning off a road and changing direction from “Pay 30%” to “Go to War” at the apparent end of the tweet storm.