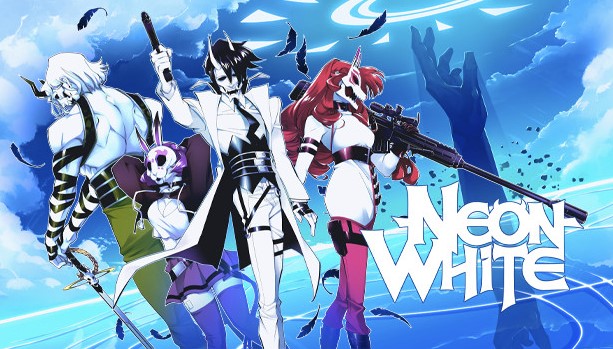 Yesterday, the critically regarded independent game Neon White made an appearance on the PS Store, essentially confirming its impending release. The game will soon be available on both the PS5 and PS4 platforms, according to publisher Annapurna Interactive and developer Angel Matrix, who have now formally confirmed the port.

On December 13th, the odd first-person speedrunning game will be released on the PlayStation. According to the PS Blog, the PS5 version attracted extra attention as a result of the console’s high-end features. Gyroscopic aiming, quick loading times, support for 120 frames per second on compatible monitors, and inclusion of adaptive trigger and haptic feedback are all included in the current-gen version of the game.

For those who don’t know, Neon White is a video game in which you have to drive demons out of heaven in rapid, timed levels. Weapons are represented by cards and can be used to defeat demons, but each one also has a platforming-related secondary function that burns the card. As you determine the best path to the objective while making sure to eliminate all the enemies along the way, the game turns into a balancing act. The desire to pursue those higher ranks and faster timings is very strong. Oh, and if you have any spare time, you can meet your fellow demon hunters through visual novel storytelling.

Zach RileyJanuary 31, 2023
Read More
Scroll for more
Tap
A More Open-Ended Survival Horror Adventure Is Amnesia: The Bunker
Here is the second advertisement for The Last of Us on HBO