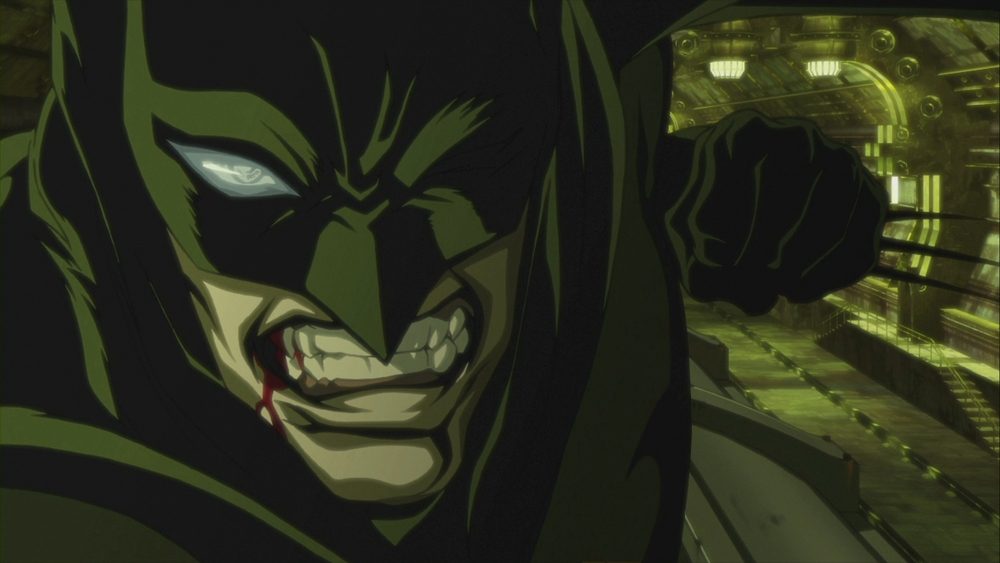 When I walked into the Batman Ninja panel, I expected an anime where Bruce Wayne (or his equivalent) was born in feudal Japan and trained to become a bat-themed ninja because his parents were killed by a vaguely Joker-like Oda Nobunaga. However, what I saw in the panel was very different. I think I prefer what I witnessed to what I originally pictured.

So, what is Batman Ninja? Basically, it’s an anime that “transcends anime,” made as a collaboration between Warner Bros. and Warner Bros. Japan. Longtime anime fans will recognize many of the names attached to this project, including screenwriter Kazuki Nakashima (Gurren Lagann and Kill la Kill), character designer Takashi Okazaki (Afro Samurai), and director Jumpei Mizusaki (Dragon Quest, JoJo;s Bizarre Adventure). While the idea of a Batman anime has apparently been tossed around for a while in Japan, nobody ever tried to make a feature length show or movie(the anthology Batman: Gotham Knight notwithstanding). But then Warner Bros. approached Nakashima and Okazaki and asked, “Hey, wanna make an anime where Batman is a ninja?” And thus Batman Ninja was born.

So, if Batman Ninja isn’t about a Japanese version of Bruce Wayne becoming a ninja, what is it about?  To put it simply, Batman, his allies (Robin, Red Hood, Nighwing), and his enemies (Penguin, The Joker, Two-Face, Harley Quin, Gorilla Grodd) time travel to feudal Japan and bring all their technology with them. That might sound like a  weird story that has no place in the DC Universe, but The Flash has his own time machine that’s basically a track machine powered by him running really fast, and plenty of characters have a myriad of ways to travel to alternate realities and fight their evil doppelgangers. In other words, time traveling to Japan is actually more than plausible for Batman and company. Plus, this plot lets the creators keep the characters as faithful to the source material as possible. Especially Gorilla Grodd; apparently he’s the favorite among Batman Ninja‘s creators, probably because Grodd was reportedly difficult to animate, but they also really like their version of the Joker as well.

Even though the showrunners behind Batman Ninja are known for anime, they claim the movie isn’t an anime but a means to show Batman through the eyes of Japanese filmmakers. A good example of this is how the fights were choreographed in the movie. Instead of characters just being drawn, actors were hired to fight while being filmed, and their actions were translated into animation, not unlike rotoscoping but much cooler.

Batman Ninja will release in 2018 with both English and Japanese voice overs. While I got a good listen to the Japanese voices, I look forward to watching the movie in English, especially since the filmmakers claim the person they got to voice the Joker is the best one to date. A bold claim, but one I look forward to seeing proven right.