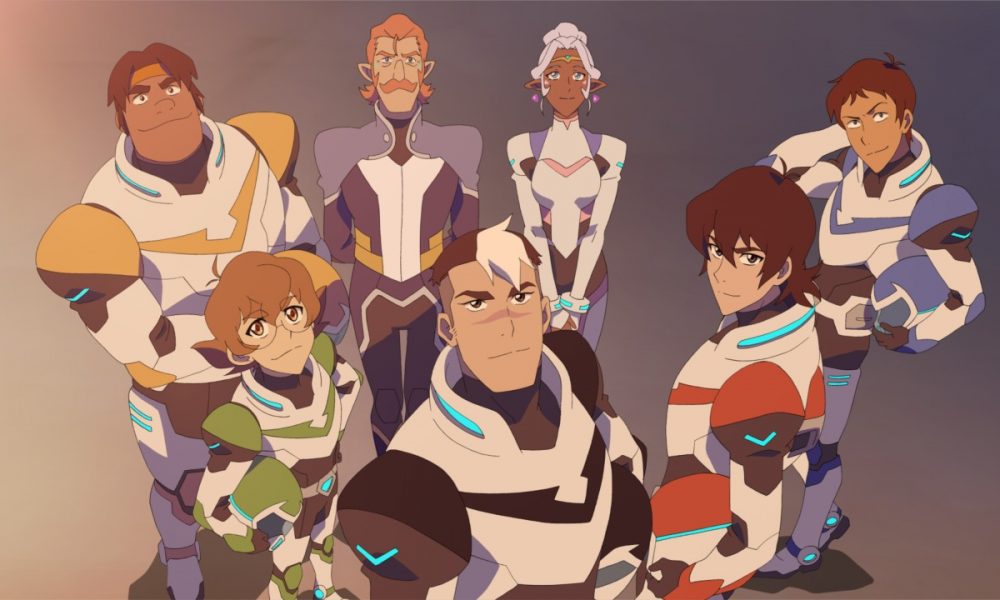 I walked into the Voltron panel expecting the world, and the panelists delivered that and more. Beware: this article contains potential spoilers. Kinda. I need to leave some surprises for the fourth season.

When audiences last left Voltron: Legendary Defender, the show had introduced Prince Lotor, the new ruler of the evil Galra empire, and the barest of hints of his plans. Also, the downtrodden races of the universe were finally ready to rally behind the Voltron Force after the defeat of Prince Lotor’s father, Emperor Zarkon, and form the Voltron Coalition. However, the most important event of season three was the long-awaited reveal of the origin of the Voltron lions. The panelists stated the fourth season will pick right up after the end of season three and focus on the conflict between the Galra Empire and the newly-formed Voltron Coalition, but the showrunners assured the show will include plenty of character moments and humor.

Season 4’s character moments will mostly focus on the Voltron Paladins, and each will get their moment in the spotlight to grow and develop. Some of the most important character moments will come from Shiro, the previous pilot of the Black Lion, and Kieth, the current pilot of the Black Lion. According to the panelists (and the sneak peak clip), Kieth is still hesitant to lead Team Voltron and still wants Shiro to pilot the Black Lion, and even though a small part of Shiro wants to, he insists the lion made up its mind and Kieth is now its pilot and thus must lead the Voltron Force. Pidge, meanwhile, will continue her ongoing search for her brother. Her sneak peak clip demonstrates how far she’s come from season 1; not only is she a much more capable fighter, but she’s clearly been emboldened by her adventure and is more willing to search for her brother’s whereabouts alone. I honestly can’t wait to see her succeed.

While Shiro, Kieth, and Pidge seem to have some of the better moments in the upcoming season, that doesn’t mean Hunk, Lance, and Princess Allura will be left out in the dust. While we weren’t shown any clips, the panelists promised Lance will make great strides to overcome his ego problems, and Hunk will take on the role of the Voltron Coalition’s diplomat, attracting aliens through the promise of the defeat of the Galra Empire, as well as the promise of delicious food. As for Princess Allura, she might not be the best pilot in the Voltron Force, but she will improve throughout season 4. Panelists also gave the audience a sneak peak at what might be the best and funniest moment in all of season 4, if not the entirety of Voltron: Legendary Defender, and it stars none other than the unsung hero of the Voltron Force: Kaltenecker the Cow. I guarantee you will roll on the floor laughing when you see this clip.

While season 4 might focus on Team Voltron, Prince Lotor will also have his own share of moments and character growth. Audiences already know he’s built a ship capable of traversing the dimensional rift introduced in season 3, but we don’t know why. Panelists teased the ship will let him harvest quintessence energy from within the space between dimensions, but that raises the even bigger question of why he needs that much quintessence. Let’s just say panelists want to keep fans wondering, as Prince Lotor is a complex and calculating individual with layers, like an onion. Yes, according to the showrunners, “Prince Lotor is like an onion.” Let that be your new favorite meme.

Prince Lotor isn’t the only villainous player of season 4, though. Emperor Zarkon has finally awoken from the coma that kept him sidelined for all of season 3, and he might serve as an even bigger roadblock in Prince Lotor’s way than Voltron. The panelists hinted that the two villains don’t exactly see eye to eye, so we might expect them to eventually come to blows, winner takes the Gala Empire.

While that’s the end of the information from the panel, it’s enough to get me excited for the new season of Voltron: Legendary Defender. I can’t wait to see what the show has in store for audiences starting October 13th.