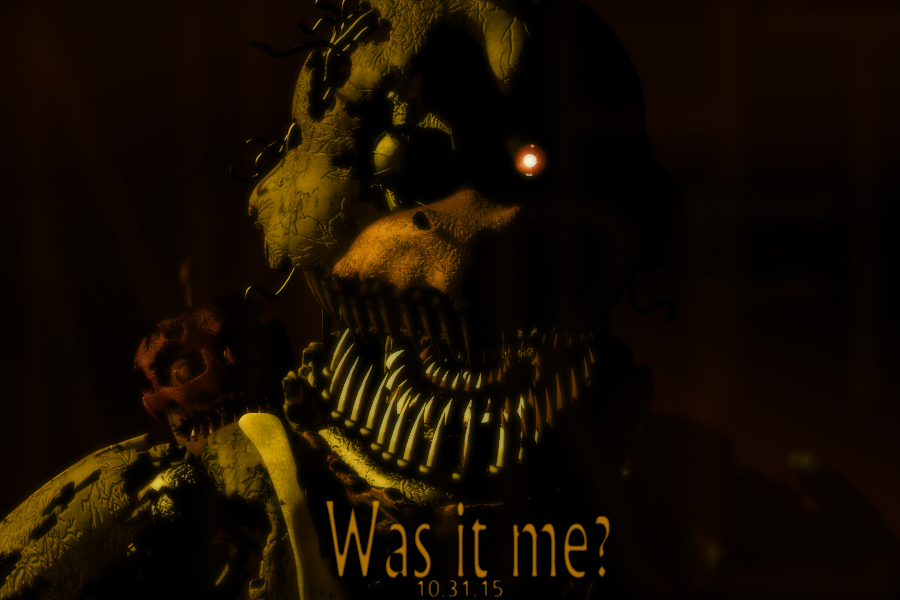 Another day, another teaser image for Five Nights At Freddy’s 4. Scott Cawthon put the image up on his website earlier today. This time, it’s Chica and her creepy little cupcake.

For the uninitiated, over the past few months the creator of the Five Nights At Freddy’s games has been teasing us about the series’ fourth installment with a series of images. The first was nothing more than an image of Freddy’s hat, followed by the same image with the hat missing. Fans interpreted this to mean Freddy was back, and they were proven correct a couple of weeks ago when Cawthon uploaded an image confirming that there was indeed another game coming to the Five Nights At Freddy’s series.

Dubbed “The Final Chapter,” Five Nights At Freddy’s 4 is presumably scheduled for release on Halloween. Following this initial creepy image of the weird-looking Springtrap-Golden Freddy hybrid, Cawthon put up another image last week. 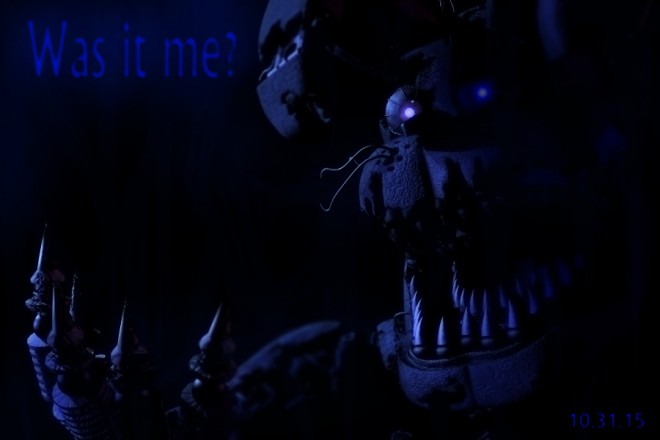 It was unclear at the time whether or not the animatronic featured above was Springtrap or Bonnie (the image is so dark and blurry all we can really tell is that it’s a rabbit of some kind), but with the release of a Chica image, it seems likely it was Bonnie after all, and presumably the next image will feature Foxy or Freddy.

Scott Cawthon’s made it clear he enjoys hiding little hints inside his work, and these images are no exception. All of the Five Nights At Freddy’s 4 related images have shown the word “NIGHTMARE” when brightened. The HTML of his website has also featured the numbers 8 and 7 interspersed randomly through the code. It’s assumed this is referring to the “Bite of ’87’, the incident where one of the animatronics bit a child at the restaurant. 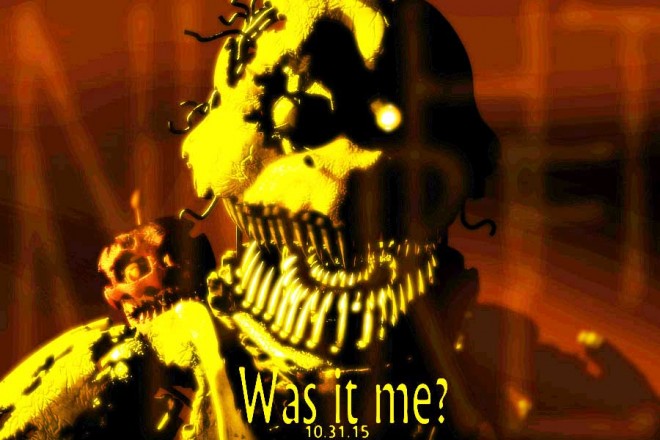 So what is there to take from this latest image? Well, Chica has three rows of jagged teeth now, so that’s lovely. The cupcake also looks sufficiently terrifying. The main message to take away from all of this seems to be that the fourth game will focus on the Bite of ’87 – specifically, which of the original four animatronics was responsible for it.

Oh yeah, and it’s all going to be a nightmare. Apparently.