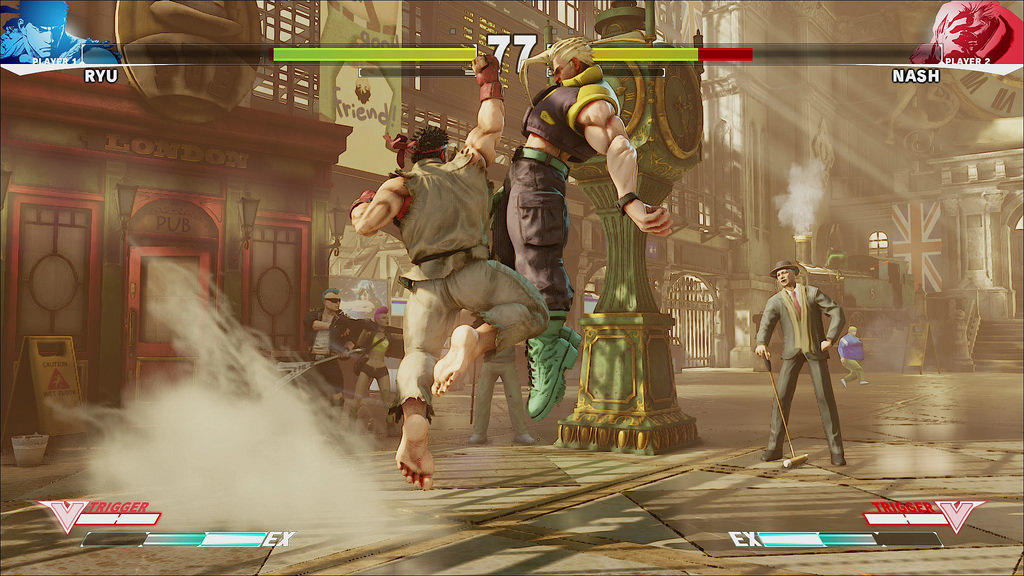 The new entry of the Street Fighter series, Street Fighter V, is very close to release now and Capcom has started shared more and more on their upcoming game. During the PlayStation Experience 2015 last week the Japanese publisher revealed a brand new fighter that will be included in the game as well as the names of the first DLC characters that will be released during 2016. A few hours ago Capcom has also shared new gameplay footage taken from Street Fighter V, showcasing some of the game’s new mechanics.

The new Street Fighter V footage showcases all the mechanics tied to the new V-Gauge such as V-Reversals and V-Triggers. While nothing really new is seen in the new footage, the video is still a good watch for those who haven’t been following the game much and want to learn more about its mechanics and playable fighters. You can check out the new Street Fighter V footage right below.

In the past few weeks players all over the world have been able to try out the game thanks to the Street Fighter V Beta, which has been made available on both PlayStation 4 and PC. The Beta client has been recently updated and Capcom confirmed that players who have pre-ordered the game in North America will soon be able to play Street Fighter V again next week. Details on the new playable build are scarce at the moment but we will definitely hear more about the matter in the next few days.

Street Fighter V will be released during February 2016 in all regions on PlayStation 4 and PC. More on the game and the upcoming Beta will surely come in in the very near future so stay tuned for all the latest news on Capcom’s upcoming new fighting game.