Sterling Archer Coming to Rock Band 4; No We’re Not Kidding 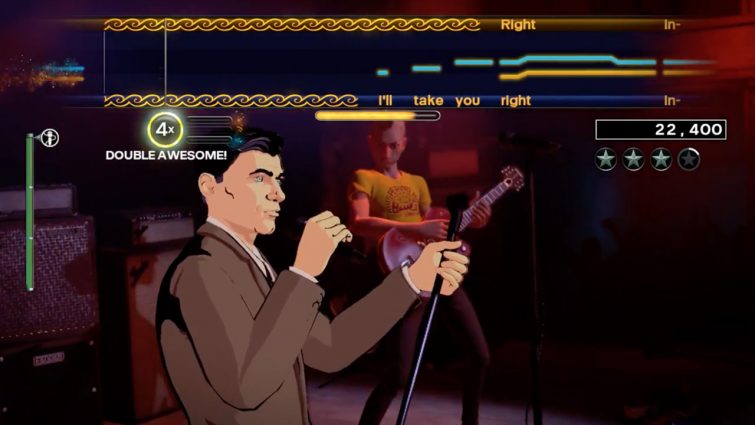 Sterling Archer Coming to Rock Band 4; No We’re Not Kidding

You may think we’re lying, but we’re not because THE Sterling Archer will make an appearance in Rock Band Rivals, the latest expansion for Rock Band 4. Once Rock Band’s March update is made available tomorrow, virtual guitarists everywhere will be able to control Archer during Kenny Loggins’ “Danger Zone.” As if anyone at all is surprised.

In case you’re utterly devoid of humor or lack good television sense, Sterling Archer is an on-again/off-again secret agent that works for his mother. However, he’s crude, rude, and childish a lot of the time in ways only his voice actor, H. Jon Benjamin, could provide. Yes, Danger Zone is a running gag. Archer’s show is still going strong on FXX with its eighth season about to premiere on April 5th.

“When we received word that the Kenny Loggins mega-hit was coming to the Rock Band DLC Music Library, our thoughts immediately went to Archer,” said Rock Band Product Manager, Daniel Sussman. “We’re big fans of the show. In fact, you could say that we like Archer as much as Archer likes, well, ‘Danger Zone’. So we reached out to the good folks at FXX and Floyd County Productions to see if they’d like to do something special for Rock Band and Archer fans and they jumped at the chance. An Archer cameo in Rock Band was happening.”

Hardcore fans will be happy to know that Archer’s cel-shaded, 2D look will be retained in some form for his stage debut. The team experimented with the 3D animation look the rest of the game is based on, but decided that wasn’t true to the character. So Harmonix created a custom cel-shader just for everyone’s favorite private eye. PHRASING!

Other new additions include new punk outfits in the Rock Shop and a playable Normandy bass from Mass Effect. Just in time for Mass Effect: Andromeda’s release next Tuesday, but c’mon. This is Archer we’re talking about. He wouldn’t enjoy being upstaged by a popular video game. Regardless of how bad the ending was to the last iteration. Let us know what you think of the cool yet irresponsible agent coming to Rock Band. Will you rock out to the Danger Zone or make any other Archer references?