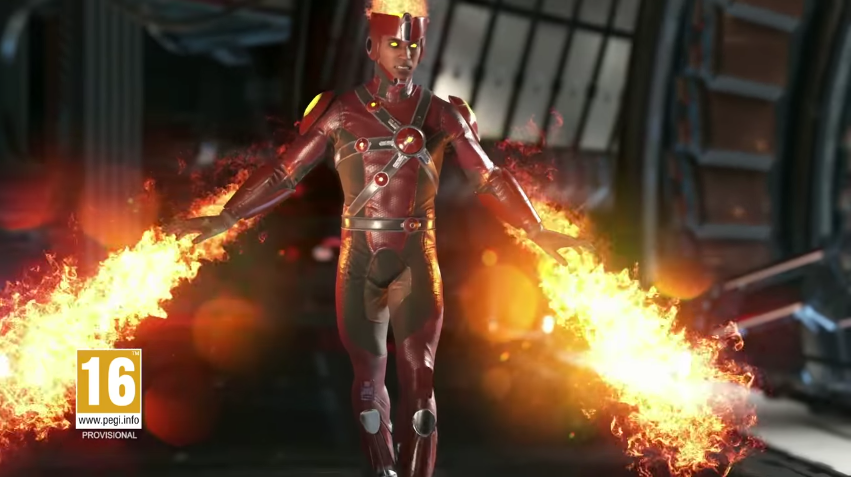 One of the recent announced Injustice 2 characters is Firestorm. Naturally, it was only a matter of time before we received a trailer showcasing the superhero’s powers and abilities. The video below displays those in all their glory.

In the comic book world, Firestorm is mostly known as the fusion between high school student, Ronnie Raymond, and physicist, Martin Stein. Arrow and DC’s Legends of Tomorrow viewers probably know him as a combination of Mr. Stein and Jefferson Jackson now (which this version surely is). Regardless of who combines to create Firestorm, his abilities include super strength and speed, flight, elemental and density manipulation, regenerative healing, energy absorption, and nucleokinesis to name a few.

A lot of those powers are in the trailer. Plus, the footage reveals more dynamic map transitions which feature Killer Croc this time around. Last but not least, Firestorm’s ultimate ability merges his elemental and nucleokinesis techniques to explosive effects.

Injustice 2 is being developed by NetherRealm Studios and will release on May 19th for the PlayStation 4 and Xbox One. It follows the alternate dimension’s heroes from the first title and how Superman’s regime rises once again. Not only that, but Braniac is knocking on Earth’s door and only Batman seems aware of it.

What are you looking forward to the most about Injustice 2? Did you play the first title, Injustice: Gods Among Us? Let us know down in the comments below so we can Geek out about superheros and villains.