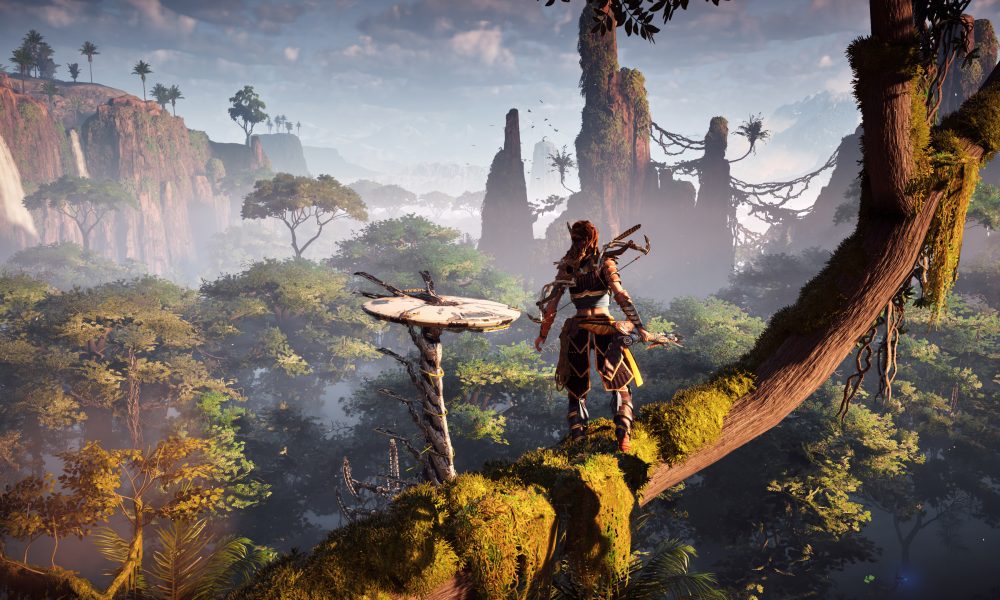 Everyone’s super excited about the recent title Horizon Zero Dawn, and if you haven’t picked up a copy (or if you found yourself way more obsessed than you expected and want to pick up some sweet addons) take a look at the Collector’s Edition.

Accompanying these goodies are some exclusive in-game DLC items:

CARJA STORM RANGER ARMOR
Fashioned by the proud, ceremonial Carja tribe, this special armor has been crafted with an eye for showy appearance.

CARJA STRIKER BOW
The Carja defend their great Sundom with stone fortifications and military might. This finely-made bow, fit for a captain’s hand, puts additional stopping power behind every arrow fired.

CARJA TRADER PACK
Rare and precious Machine parts are always in demand on the metal markets of the Carja Sundom.

BANUK TRAILBLAZER ARMOR
A sturdy outfit made by the nomadic Banuk tribe, hunters and shamans from the harsh northern territories.

BANUK CULLING BOW
The Banuk claim a spiritual understanding of the Machines, and put their harvests of Machine parts to many uses.

BANUK TRAVELLER PACK
Though rarely encountered, Banuk explorers have left their intricate tribal marks across the breadth of the known world.

NORA KEEPER PACK
The Nora are extraordinarily skilled and inventive at using machine components in their own devices.

NORA MACHINE TRAPPER PACK
Even the most experienced Nora hunter never goes into the wild unprepared.

In the picture below, you can see the Artbook and awesome statue as well as a preview of what some of the DLC gear looks like.

The collector’s edition of Horizon Zero Dawn is relatively expensive, currently, but you can take a look at the offerings on Amazon here. This edition is a little extreme and over the top and is in no way necessary to enjoy the game, but you’ve gotta admit, that Aloy statue would look pretty sweet on your shelf. 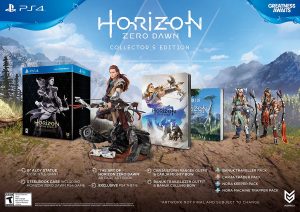