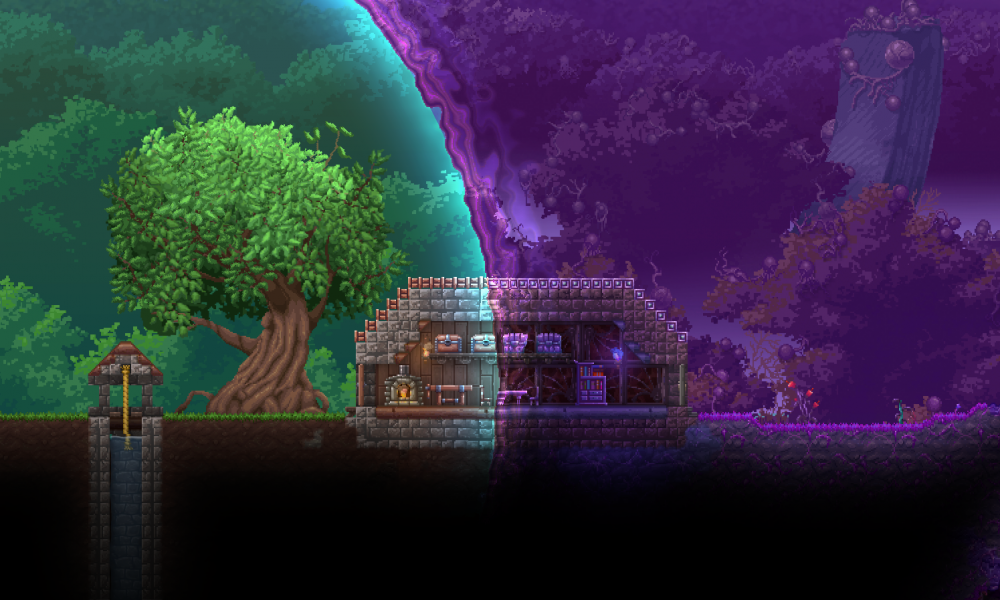 Terraria is a 2-d world building sandbox often labeled as a Minecraft clone. While some aspects were similar to Minecraft, there was still enough to stand out on it’s own feet. Many clone games often feel identical to the game they are copying but Re-Logic was able rise above to make one of the best indie games on the market.

Terraria: Otherworld is a spin off to Terraria where players have to purify the world of the Corruption. Fans have been patiently waiting on a sign of release and details. Re-Logic made a forum post explaining the current state of the game.

Re-logic has stated in a forum post that Otherworld is behind schedule. Based on this they are moving development from Engine Software to Pipeworks Studios. There the team will review the assets of the project to see if it matches their vision of the final product. Once Pipeworks gets set up with everything, they will start to show off new things.

The developers left a final note to all their fans saying “Thanks so much to you all for your amazing support of Terraria, Terraria: Otherworld, and our company. It is that support that drives us every day to do amazing things for you and we look forward to sharing more of what is to come very soon.”

Players have been waiting for the Otherworld since it’s announcement in 2015. The last major update for Terraira was on June 30th, 2015 and a Dungeon Defenders 2 cross over patch in Nov 2016. Re-logic made the right choice of informing fans of whats going on with the project. Games shouldn’t be teased so early into development to avoid such situations like this.