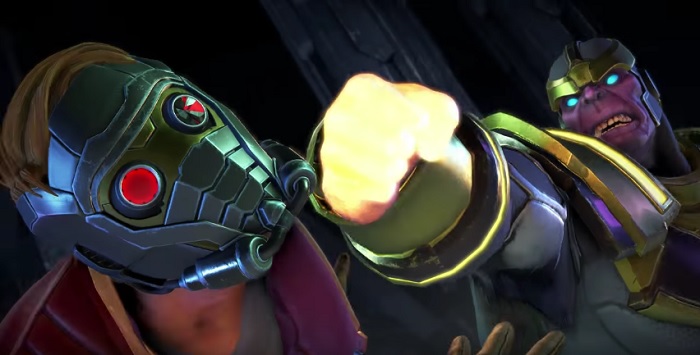 Telltale Games have been going out of their way to create episodic games of popular and cult classic material. The latest is based on Marvel’s Guardians of the Galaxy which was revealed a few months ago. We got a trailer last month, but that mostly focused on making sure Thanos appeared and a small amount of word play with our cast of heroes. Now a launch trailer has presented itself that explains what exactly Thanos is doing and where. Also, exchanges between our lovable comrades. Plus it appears that an all-out battle will take place with the Mad Titan right in the first episode, titled Tangled in Blue. You can view the footage below.

Other Marvel properties that pop up are the alien race, Kree. The highly technical and warrior-like race that populate Hala in the comics. Besides that are Telltale’s own ideas and plot threads. Minus Gamora being Thanos’ daughter of course.

Tangled in Blue will release for the PlayStation 4, Xbox One, and PC tomorrow when each platform updates their storefront. Each episode will be $4.99 as usual. However, a sale is currently going on right now that makes the season pass $15.99 on the PlayStation Store. Essentially, you’ll get all five episodes for the price of three. I don’t know how long it will last so take advantage of it while you can.

What are your thoughts on Telltale’s take on the Guardians of the Galaxy? Are you excited to dive into another episodic series? Let us know!