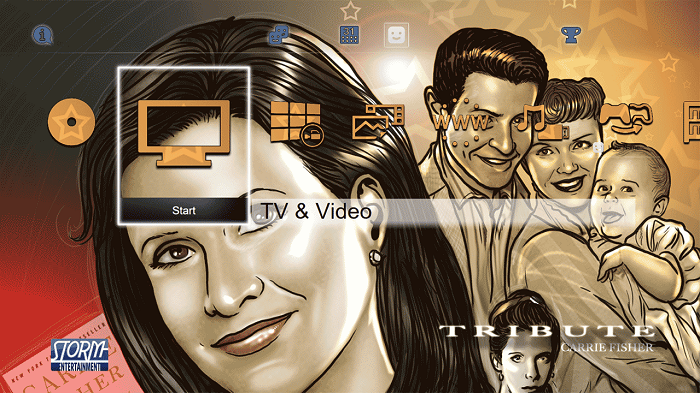 Star Wars fans may have a new theme for their PlayStation 4s. It’s not flashy like the XMB customizations of old, but pays tribute to one of cinema’s greatest actors. The Powell Group and Storm Entertainment uploaded a brand new theme onto the PlayStation Store that pays respectful tribute to the late, great Carrie Fisher. Everyone knows we lost the human icon back in December to a heart attack. The theme features two different views with one shot being of Carrie Fisher herself and one of Princess Leia. It is listed as a dynamic theme.

“Carrie Frances Fisher once said, ‘There is no point at which you can say, well, I’m successful now. I might as well take a nap.’ Despite her well-documented struggle with addiction and bipolar disorder, Fisher managed to remain a powerful and relevant force in the arts. Known for her role as Princess Leia Organa in Star Wars and her humorous and acerbic writing, Fisher passed away on December 27, 2016 at the age of 60. Her death left millions of fans grieving.” 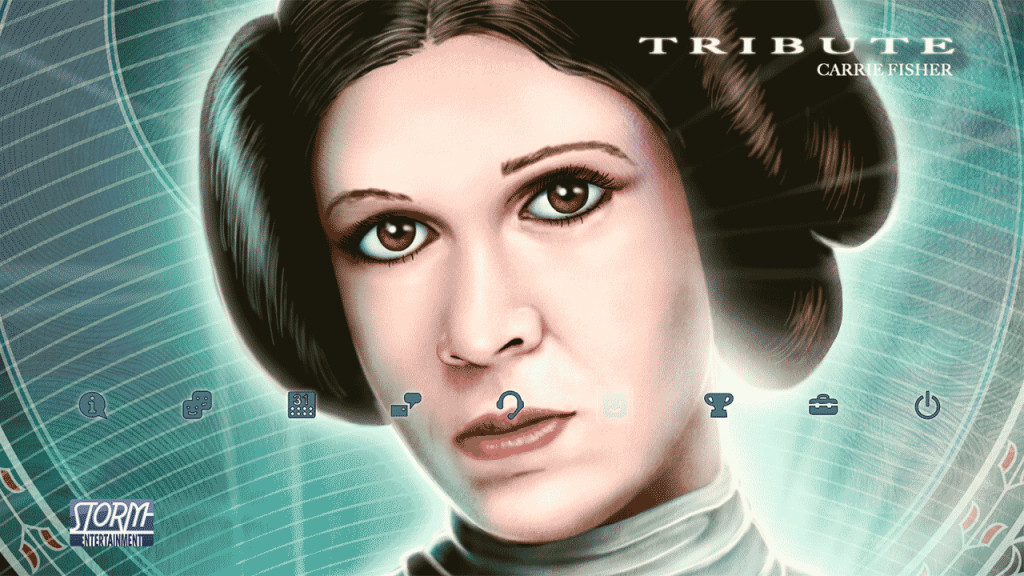 The theme will cost $2.99 and you can use the direct link below to purchase it from your computer. We assume the profits will be used in a manner befitting what Carrie Fisher stood for in life. What do you think about the theme itself? Does it represent itself as a proper and respectful tribute? Will you being purchasing it? Let us know in the comments and do tell us how Carrie Fisher effected your life for the better.

Zach RileyJanuary 26, 2023
Read More
Vivendi Plans to Acquire Ubisoft Later This Year
Could We See Nier Automata’s 2B as a Character in Tekken 7?