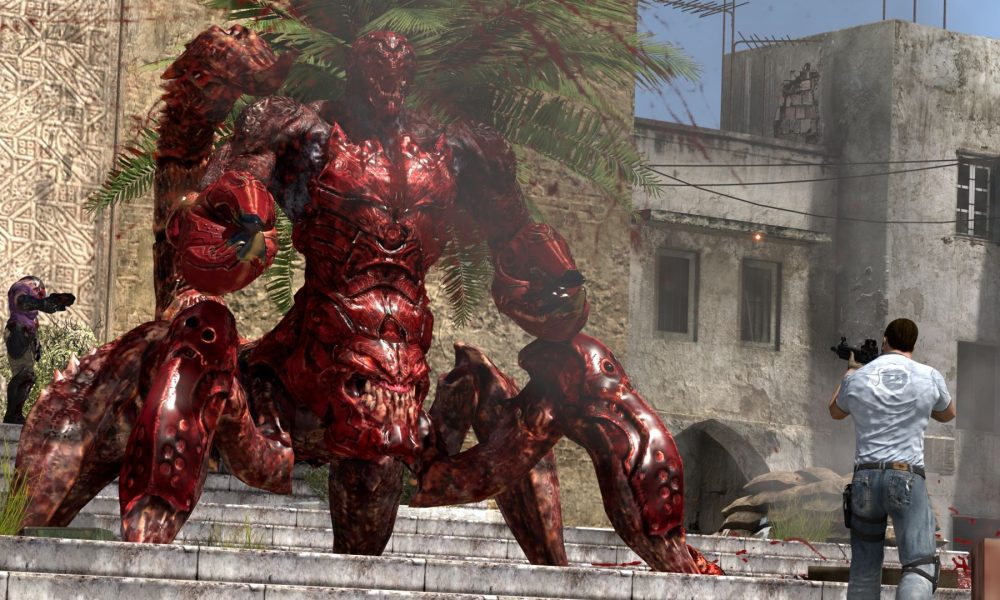 Not only can you snag a few excellent (or decent) games at low prices during Steam sales, but these sales can also introduce you to games you never knew you wanted. For the rest of the weekend, you can do just that thanks to Steam’s Devolver Digital Sale.

Devolver Digital, while not as prolific as EA or Ubisoft, is well-known and well-liked among gamers, even though the company doesn’t have a strong presence outside of the gaming community. Devolver Digital doesn’t specialize in certain game genres, but it is associated with quirky games that have personality and charm, i.e., the kinds of games many video game publishers shy away from. Almost everything made by Devolver Digital is well received, and yes I did say everything since Devolver Digital also distributes movies. The following are some of the better games (and movies) you can buy during the sale:

Serious Sam is, without a doubt, Devolver Digital’s flagship franchise. It’s a run-and-gun FPS developed by Croteam that harkens back to the 90s, a time when games didn’t have regenerating health, and the protagonist could carry enough weapons and ammo to give an elephant a hernia. The game features some of the most iconic monster designs in FPS history, right up there with the aliens of Duke Nukem and the demons of DOOM. Like all good old school FPS games, Serious Sam sits on the razor’s edge between satisfyingly challenging and hair-pullingly frustrating. You can buy the various Serious Sam games, DLC packs, and spin-offs from anywhere between $0.49 and $3.99 or pay $8.31 for all of them.

It’s a Japanese dating sim where you date pigeons. Your guess is as good as mine on this one, but it’s supposed to be extremely well written and even comes with a hidden bonus mode that turns the game and story on their heads. But you didn’t hear that from me (wink). The game, its sequel, and associated DLC are all available from $1.25 to $2.49, or $6.37 for all four.

Hotline Miami 1 and 2 are about as weird and trippy as you can get from Devolver Digital, but what can you expect from games about drugs, animal masks, the mafia, and Miami, Florida? Even though Hotline Miami 1 and 2 initially look like run-and-gun shooters from a birds-eye view, they are instead bloody and visceral strategy games where timing and planning are key. It’s actually quite meta when you think about it, how the gameplay and story are not what they initially appear. Hotline Miami 1 and 2 are available for $2.49 and $3.74 respectively, or $7.99 for both games.

Devolver Digital’s Broforce is the very definition of manly. It doesn’t need fancy 3D graphics to wow you, just beautiful pixel art, gameplay that mixes destructible environments with gunplay and 2D platforming, and enough firepower to level a mountain. Every character, i.e., “bro,” references an action movie protagonist and is preternaturally manly. Yes, even the women. Broforce is designed with chaotic co-op action in mind, which is why the 4-pack is available for $33.74. But, if you want to go it alone and be a one bro army of destruction, you can always buy the game for $3.74. Also, Broforce comes with free DLC that includes characters who are pastiches of the main cast of The Expendables movies. Just bro-tiful.

He’s gonna take you back to the past, to review the shittiest game that ever sucked ass: the infamous E.T. the Extra-Terrestrial for the Atari 2600. He’d rather…ok, I’m going to stop before the lyrics become too scatological, but that shouldn’t stop you from taking advantage of this deal. The AVGN movie just might be one of the best video game-themed films ever made, right up there with Tron and Wreck-It Ralph. You are doing a disservice to yourself as a geek if you don’t watch this movie. It is available for purchase at $3.99 or rental at $0.59. Just remember that since they’re movies, they aren’t covered by Steam’s refund policy, but why would you want to refund this gem of a passion project?

This list is only a sample of the games on sale during the Devolver Digital sale. Many other games, including Downwell, Dropsy, Titan Souls, NOT A HERO, and The Talos Principle are available for low prices. I cannot recommend Devolver Digital’s games enough, especially at these prices.