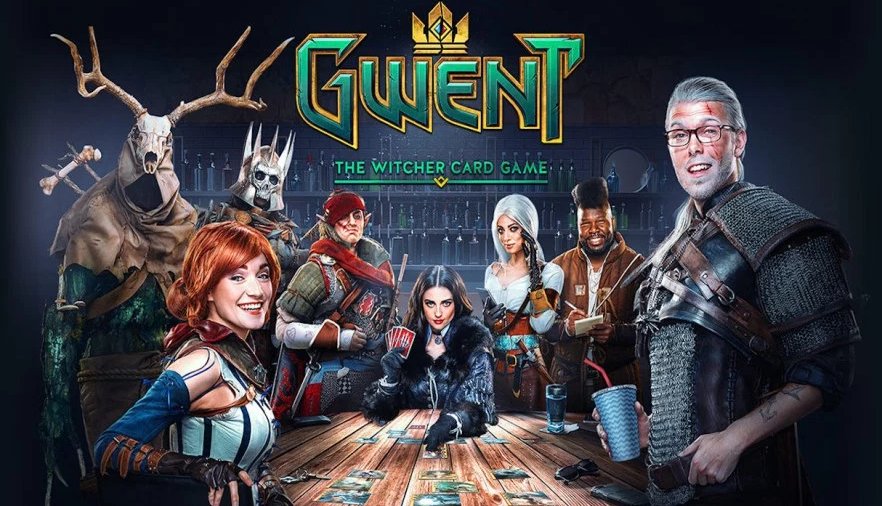 For the last few days the beta version of the card game Gwent has been available to download for free on PC, Xbox One and PS4.

For those who don’t know, Gwent is a card based game that was present within The Witcher 3. If you so desired, you could challenge various NPCs around the world and even follow a number of side quests all revolving around games of Gwent. It was entirely optional, but many players became rather addicted (me included) as it was a fun, tactical card game, not to mention a real challenge to any completionists, due to the sheer number of cards that required collecting.

Fast forward to the present and CD Projeckt Red have chosen to make an entire spin-off game purely based on Gwent.

The game starts with a tutorial which serves as a healthy reminder of the rules for those who played the game before, but also a well- explained tutorial for beginners. The premise of the tutorial involves Ciri and Geralt playing Gwent together in an inn. Voiced by the original cast, Ciri is reminding Geralt ( you, the player) of the rules of Gwent, creating a fun back and forth between the two, which is a nice little treat for fans of the series.

The game plays the same way as it did in the original. You hold a set of ten cards, most of which are separated into three main categories: Melee, Ranged and Siege (there are a number of special cards that don’t fall into any category). These categories encompass the three rows on the table where the cards can be placed. Most of the cards have numbers on them. Each time you place one on the table, the number of that card will be added to the main score situated on the left-hand side, a tally of sorts. The goal is simple, have a higher number than your opponent to win. The game is played in three rounds, of which you must win at least two. The ten cards received at the beginning are the only ones you’ll have throughout, so you must play tactically. If you use all your cards to win the first round, you will have nothing for the second one. This means you need to judge when it’s best to pass a round and save on cards, hence, giving the game a tactical edge.

So how does the game differ from the original?

One of my main concerns before playing this iteration of Gwent was, after the many hours of playing the original in The Witcher 3, why would I want to start all over again? Well, firstly, all the cards look aesthetically different. The four main classes are back, with all new and more detailed illustrations. But the difference isn’t only aesthetic, more cards have abilities too, meaning the cards do more than just up your overall score when placed. This gives the game a bit more depth, making me want to get reinvested and rediscover it all over again.

Of course, the biggest selling point of this new Gwent, is the multiplayer. You can test your Gwent skills against real players and there’s a fair number of gamers out there eager to do so. So far I’ve had no problem finding worthy opponents. You can play either casual matches or ranked. Needless to say, it is a real joy, after hours on end of playing against NPCs in The Witcher 3, to finally play against other real online players.

Whether you’ve played it before or if you’re a newcomer who may be suffering from, say, a bit of Hearthstone fatigue, Gwent is certainly a card game worth putting time into. The one downside I found was that the AI tends to play more aggressively, giving all it’s got in the first round, rather than playing tactfully, which the game prides itself on. However, this is something that I’m sure can be tweaked before the final release and as stated above, the real draw, in my opinion, is the multiplayer anyway. Hopefully, CD Projekt Red are planning on releasing Gwent on IOS and Android. Once that’s done, it will be hard to keep me away.