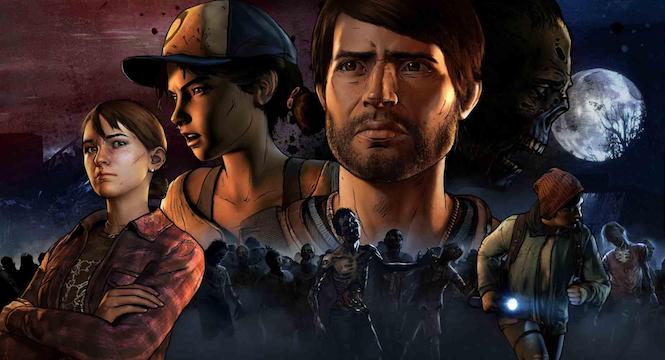 Telltale Games has recently announced on Twitter that their final episode of The Walking Dead – A New Frontier has been released. The tweet reads “The season finale of #TheWalkingDead: A New Frontier is out now on Xbox and Steam! PS4, Android, & iOS will be out in the next 24 hours.” Entitled “From the Gallows”, this episode wraps up the third season in Telltale Games’ critically acclaimed The Walking Dead series of video games.

This is sure to be an impactful episode for fans of the series. Not only because Telltale Games usually makes their content filled to the brim with heart-wrenching decisions and plot points, but because this is the finale of the third entry in the series. We’ve watched the Clementine character grow from a scared little girl in the very beginning of this series to the hardened, walker-killing fighter that can hold her own. Watching her come full circle as a character, especially as she comes across some familiar situations as the trailer implies, is sure to make this episode stand out. This is especially the case since we’ve spent over 5 years in our time following her exploits throughout the series.

All of that being said, there is also no doubt going to be some seriously difficult decision-making to be had in this finale. Telltale games usually end their seasons with something like this but The Walking Dead games especially present their choices in a way that always makes you question if you made the right call.

At the end of the first season, the main character Lee has been bit by a walker and is struggling to protect Clementine. He falls to the ground and the player takes control of Clementine for the first time, given the choice to either shoot him and put him out of his misery or leave him to turn if you can’t bring yourself to shoot Lee. A similarly difficult choice comes at the end of the second season where both Kenny and Jane are fighting over the baby. They’re both clearly going to kill each other so you have to pick who you want to live or just leave with the baby, in which case you leave both for dead.

Both of these moments are incredibly emotional and hard to decide what the right call is, since everyone will have their own approach. I’m sure A New Frontier will have something similar in store for fans.

Frankie WallaceFebruary 9, 2021
Read More
All Kids out of the Pool for the Adult Swim Humble Bundle
Intel reveals the Core i9 (18 core) and X-series lineup of processors