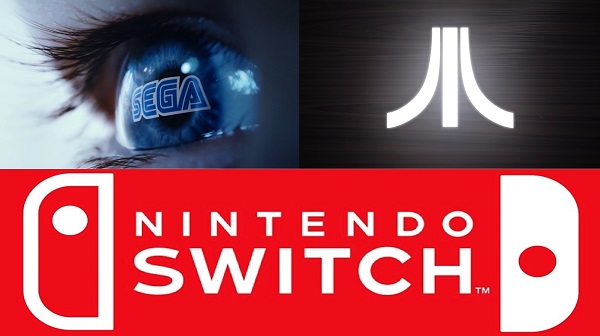 For the past three generations of consoles, the game industry has been dominated by newcomers Sony and Microsoft. Nintendo has done quite well for themselves here and there, but they largely tend to do their own thing. With PlayStation and Xbox leading the console market for so many years, there are entire generations of people who don’t remember a time before those two.

Recently, Atari has decided to make its grand return to the game industry with their new console, currently called the Ataribox.

Becoming a household name in the second generation of consoles, Atari released their Atari 2600 in 1977. From there, their success in the game industry continued to taper off. Both of its rivals, Nintendo and Sega, outdid them in console sales until the release of the 1993 Atari Jaguar did so poorly that Atari decided to pull out of the console market. Considering how poorly they did during their own run in the game industry, many online are skeptical of their potential to make a comeback.

Yesterday, Sega, another big contender of the old-school game industry, released a video entitled “The Future of Sega.” Focused entirely on gaming and what it means to play games, Sega didn’t really showcase much beyond hinting that they’re up to something new.

Sega was Nintendo’s biggest rival back in the day. They entered the console market in 1985 with the release of the Sega Master System and managed to go neck and neck with Nintendo for a little over a decade. That is until newcomers killed them out of the competition. Sony’s entry into the market in the fifth generation and Microsoft’s in the sixth are what eventually killed off Sega’s consoles. Since then they’ve mostly just made hit or miss games but it looks like they too are trying to make a comeback.

As I mentioned previously, Nintendo has been here this entire time. From the release of their Nintendo Entertainment System in 1983, Nintendo has made a new console every generation and has dominated the hand-held market for decades now. That being said, it hasn’t really dominated a console generation before.

It did quite well from the third-sixth gens, but Sega was neck and neck with them in the third and fourth, and Sony destroyed them in the fifth and sixth. The Wii outsold both the PS3 and Xbox 360, but that only lasted the first year or so. From there, both Microsoft and Sony outsold it each individual year. I don’t think I need to say much about how poorly the Wii U did, but things are changing. The Switch is on track to do better than the Wii and people tend to like it more than the big competition.

The Switch is a console that people are more excited about than the PS4 Pro or the Xbox One X. This is evidenced by reactions to the various E3 conferences and how well the Switch has sold in comparison to the PS4 Pro with a shorter lifespan. People started to get sick of Microsoft and the Xbox back in the E3 2013 conference due to the poor reception of the original Xbox One. People are also starting to feel the same about Sony and its various screw-ups in the game industry from being anti-cross-play, to the Bethesda console mods debacle, to PSN costs, etc.

The console market is now primed to go full circle. Nintendo is making a huge comeback after the lackluster performance of the Wii U. Atari is re-entering the console race and while most are skeptical of them, this is the perfect time to do it. Finally, Sega is up to something gaming-related and it wouldn’t be that surprising if they are following in Atari’s footsteps. With Microsoft and Sony fanbases starting to waver and Nintendo doing so well, Atari and Sega are primed to re-enter the console market.

Do you think Atari and Sega are making a comeback or do you think there’s no potential at all? Comment down below.