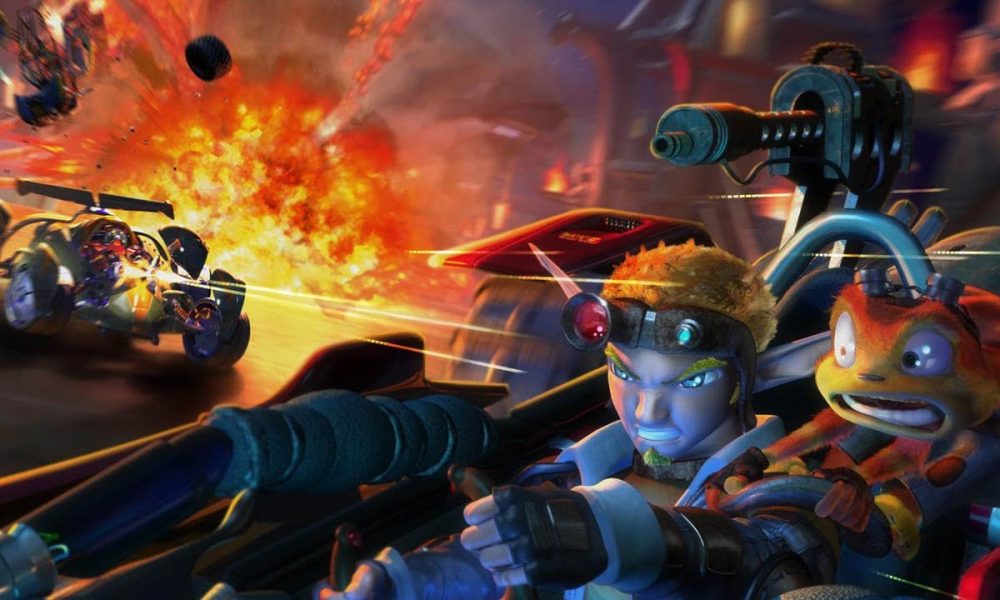 Jak and Daxter is a seminal PlayStation classic duo that’s almost as beloved as Naughty Dog’s other classic, Crash Bandicoot. When news dropped in April that they would be making their triumphant return via PlayStation 2 Classic on PS4, people went wild. This release not only included the original trilogy but Jak X: Combat Racing as well, which hadn’t seen the light of day since it originally launched on PS2 in 2005. Thier PS4 launch would come at a cost though, according to a Playstation Blog post, Jak X would launch without its highly lauded online capabilities. At least, that’s what we thought until the recent ESRB Rating of Jak X.

According to the ESRB, who recently rated all of the upcoming rereleases for the franchise, Jak X: Combat Racing was rated T with a note under “other” which cited online interactions. This goes against what we previously learned which stated that multiplayer for the rerelease would only be available in a split-screen capacity. We’ll likely gain some clarity on the matter in coming weeks, as we inch closer to release.

While you wait, you can still play the original trilogy on PS3 and Vita completely remastered in 720p with trophies to earn as well. The games are set to release on PS4 later this summer. All 4 of them will be the original PS2 editions only upscaled to 1080p with trophies as well. If you pre-order a copy of Naughty Dog’s upcoming Uncharted: The Lost Legacy you’ll receive a copy of Jak and Daxter: The Precursor Legacy for PS4 as a bonus.